How the U.S. Can Counter China in Asia

President Barack Obama speaks during a meeting with leaders from the Trans-Pacific Partnership at the US Embassy in Beijing on Nov. 10, 2014.
Mandel Ngan—AFP/Getty Images
By Ian Bremmer

A historic debate over trade is now heating up in Washington. President Barack Obama hopes to persuade Congress to grant him fast-track trade authority to help complete negotiations over the Trans-Pacific Partnership (TPP), a massive multilateral deal involving the U.S. and 11 other Pacific Rim countries. The talks include nations on both sides of the Pacific, ranging from Japan to Australia to Peru. Together with the U.S., the group represents a third of world trade and 40% of global GDP.

Given those numbers, the political stakes are high, and emotions are running hot on both sides. Pro-business advocates who favor TPP say it will generate economic gains worth hundreds of billions of dollars over the next decade by reducing barriers to trade and investment. Projected GDP growth in Japan and Singapore for 2025 would be nearly 2% higher with the deal than without it. Malaysia’s GDP might rise by more than 5%; Vietnam’s, possibly more than 10%.

TPP isn’t expected to move U.S. GDP much, but the White House insists the deal will boost exports by 4.39% over 2025 forecasts. Exports create the kinds of middle-class jobs that drive longer-term growth and reduce income inequality. TPP would also give the U.S. a firmer commercial foothold in the world’s most economically dynamic region, and it could aid U.S. efforts to negotiate future diplomatic agreements in Asia–even with China, which pointedly isn’t a part of the deal.

Those who oppose TPP–such as labor unions, human-rights groups and environmental organizations–warn that details of the agreement have been negotiated almost entirely in secret. They recall the tumultuous negotiations over the North American Free Trade Agreement (NAFTA) in the early 1990s, and the confident predictions–which detractors believe went unfulfilled–that the pact would create millions of new jobs.

Both sides miss a critical point: unlike NAFTA, the Trans-Pacific Partnership is much more than just a trade deal. It is the foundation for an intelligent reorientation of U.S. foreign policy, one that will help revitalize the entire global economy and reinforce security ties with Asian countries fearful of China’s growing regional dominance. It remains the centerpiece of President Obama’s long-delayed “pivot to Asia,” a smart plan that could extend American influence in East and Southeast Asia for many years to come.

That pivot is overdue. China’s rise has challenged the U.S. and its economy by promoting a system of state capitalism that gives political officials a powerful role in directing market activity. By using state-owned companies, state-run banks and loyal firms to achieve political goals, China has tilted the commercial playing field away from foreign companies and the U.S.

TPP can help counter the growth of Chinese-style state capitalism in Asia in much the same way that potential European Union membership once encouraged reform in former communist nations. Countries like Poland and Estonia learned to abide by E.U. rules that advantage private-sector competition and liberalized labor, trade and investment standards.

The deal would provide a landmark win for free markets, the rule of law and Western labor and environmental standards while inviting Beijing’s neighbors to hedge their bets on China by also strengthening investment ties with the U.S. and other TPP members. It would signal that America intends to remain in Asia as a stabilizer even as China becomes an ever more influential player.

And for President Obama, TPP would anchor the legacy of a leader who has often seemed adrift in global politics. 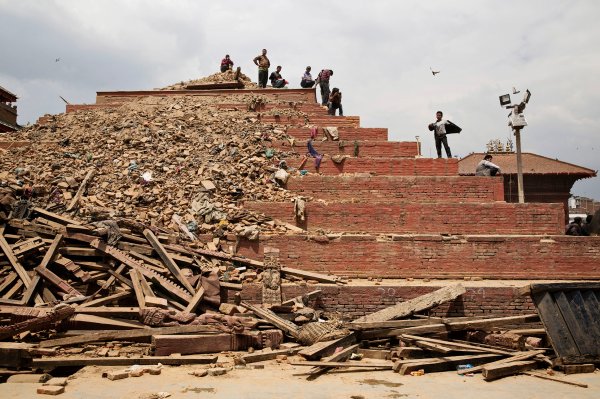 'This Is the Earthquake We've Been Waiting For'
Next Up: Editor's Pick