His aversion to America was by no means unconscious: given the choice between safe passage to the United States and increasing oppression at the hands of the Nazis, Sigmund Freud chose to stick with the Nazis.

The father of psychoanalysis — born on this day, May 6, in 1856 — was in his early 80s and “tortured by advanced cancer of the jaw,” per TIME, when he turned down the invitation to the U.S. from a worried nephew who was a publicist in Manhattan.

But Freud was no longer safe in Vienna after the Nazi occupation, since the Gestapo was not only targeting Jews in general but psychoanalysts in particular; their fixation on the id’s uncivilized impulses seemed to the Nazis to undermine the dignity of the Volk. In 1933, mobs of Nazi sympathizers had burned Freud’s books, chanting, per The Atlantic, “Against the soul-destroying overestimation of the sex life ─ and on behalf of the nobility of the human soul, we offer the flames the writings of Sigmund Freud.”

After they took Vienna in 1938, the Nazis seized Freud’s money, property, and publishing house, by TIME’s account. Still, he preferred to shelter in place rather than seek asylum among the money-obsessed savages he believed comprised the American populace.

“America is gigantic,” he’s reported to have said, “but a gigantic mistake.”

It took the intervention of one of his star patients, Princess Marie Bonaparte, Napoleon’s great-granddaughter, to uproot him — and for London instead of New York. Bonaparte paid what amounted to ransom to secure Freud’s exit visas, and, according to the Daily Mail, “brokered a deal that enabled him to salvage his library, large sculpture collection, and celebrated couch.”

Freud was ultimately happy with the move, according to TIME, which describes his exile as an idyllic period, despite his near-constant pain:

His wry sense of humor seems never to have abandoned him, either. According to the New York Times, the Nazis had allowed him to leave Austria on the condition that he sign a statement swearing that they had treated him well. He signed, but added a tongue-in-cheek comment offering more praise for German fascism than he’d ever mustered for American democracy: “I can most highly recommend the Gestapo to everyone.”

Read a 1939 cover story about Freud, here in the TIME Vault: Intellectual Provocateur 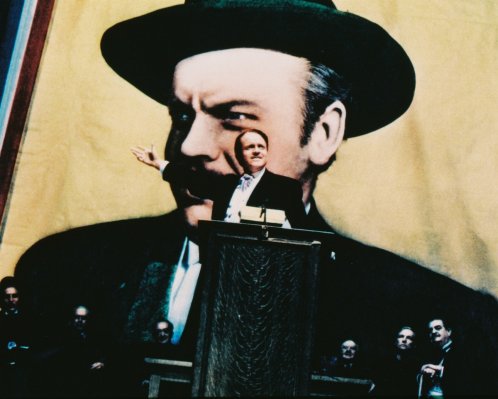 Why Citizen Kane Almost Didn't Happen
Next Up: Editor's Pick