Alison Bechdel on Fun Home, Her New Book and That Famous Test

Alison Bechdel at a rehearsal for the musical Fun Home on April 21, 2014 in Charleston, SC.
Alice Keeney—The Washington Post/Getty Images
By Daniel D'Addario

Alison Bechdel has been making comics for decades. But the artist has achieved her highest level of public attention to date for a very different kind of project.

The recently-opened musical Fun Home, which received a field-leading 12 Tony nominations this week, is based upon Bechdel’s 2006 graphic memoir. The show, like the book, depicts Bechdel’s upbringing in a Pennsylvania funeral home, under the parenting of a repressed mother and a closeted gay father, and shows Bechdel’s childhood, coming-of-age in college and struggles to reckon with it all as an adult.

It’s a moving portrait of a dysfunctional family, one that maintains the mordant tone of Bechdel’s book while expanding boundlessly outward into physical space. Bechdel, who is at work on a new memoir, spoke to TIME from her home in Vermont on the day the Tony nominations were handed out.

TIME: Did the personal nature of this project make it difficult for you to allow another artist to adapt it?

Alison Bechdel: I approach this whole thing with a mixture of naivete and trust—trust that turned out to be well-founded. I had no real reason to think it would. I feel really lucky.

Did you know, or care, much about theater before this experience?

I came from a theatrical family, but I never took a passionate interest in it. That was part of why I signed on for this. I didn’t really know what I was getting into. It was clear this was a completely different medium. If it was film, I might have have been more territorial.

Do you feel as though you’re watching your own life experience onstage, or experiencing it at a sort of aesthetic remove?

I expected to feel a remove, and I expected to feel a remove from the story. My first exposure was listening to the score on a CD. I was devastated. I’ve watched it evolve over the years and there have been moments when I felt it wasn’t clicking and many when it was. On the whole, I feel like it’s incredibly faithful to my story. Even objectively, it’s an amazing adaptation. It captures the essence of my book. What [playwright] Lisa [Kron] and [composer] Jeanine [Tesori] did was they took my book all apart, found the things that made it work and put it all back together somehow.

Did you worry in moments it wasn’t clicking that you’d made a mistake?

The first time I saw it in a workshop at the Public Theater—or a reading—I’m such a theatrical idiot, I can’t keep these straight—the first time with actors reading and singing was really good. Because I’d seen it stronger, I had faith that it would get back there, because the first experience was so positive.

Your published work has dealt with various stages of your life, but I think fans of yours might be interested in learning more about your life today. Do you have interest in writing along those lines in the future?

It kind of does interest me! I’m working on a memoir right now ostensibly about physical fitness and the body. It will be about my life in the recent past. I think it’s going to touch on some strange stuff happening in my career. I shouldn’t really talk about that; I’m talking and not writing.

There are three actresses playing you on Broadway at present. Do you see a throughline when looking back at your past selves, or as though it’s a series of skins you’ve shed?

I see the connection very clearly. That’s what’s so interesting to me about seeing the play is seeing all of the selves on stage at once. I feel like I still am that 10-year-old and that 20-year-old.

How do you feel about the “Bechdel test,” and the fact that people who may have no familiarity with your work are so closely acquainted with a tossed-off line from one of your older comics?

The Bechdel test is kind of strange. It’s funny—the students I run into don’t know my comics but recognize me because of that test. It’s an odd thing: I can’t get too excited about it for some reason. My agent tried to get me to do a book about it, but I’m just not interested enough in the test or in movies to do anything with it. I don’t feel like it’s really mine. I probably watch as many movies as anybody.

Does being in the public eye to the degree that you are allow you to live more honestly, or place restraints on your life and work?

On a very practical level, all this stuff is so time-consuming—doing so much publicity and going to New York, so I don’t get time to work. Spending time being a famous person, I’m not generating much biographical material. It’s not a story anyone’s interested in. I really need to retreat a bit and get into a more contemplative mindset.

You’re not necessarily interested in theater, you said, but is there any connection between your family’s interest in theater and your interest in self-revelation and unburdening personal history?

I do think that my autobiographical comics are related to the acting and performing my parents were interested in. I feel like they were… I don’t think I would be writing about my family if I hadn’t been raised in a world where they prized art over life. I’m revealing lots of internal stuff about my family, and I might not do that if I felt more loyalty towards my family. I wasn’t raised like that.

But was the decision to give your work over to the theater inspired by a family interest in the medium?

I don’t think so. They were performing their lives apart from any acting my mother, in particular, did. That’s what inspired it—more than any love of theater. 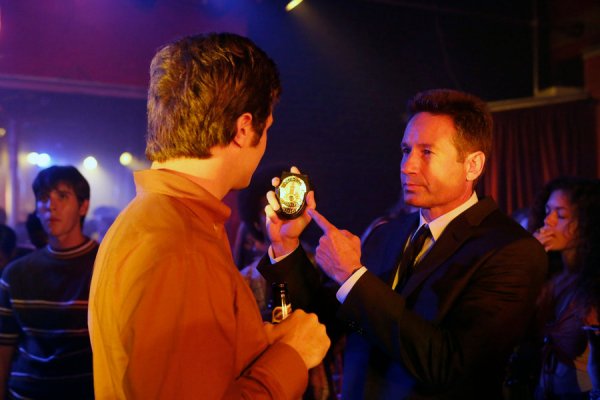