Pope Francis Calls for Equal Pay for Women and Men

Speaking during his weekly general audience, Francis asked that Christians “become more demanding” about achieving gender equality, according to the National Catholic Reporter.

“Why is it expected that women must earn less than men?” he asked the crowd at St. Peter’s Square. “No! They have the same rights. The disparity is a pure scandal.”

The Pope emphasized that concern for women’s equality isn’t at odds with concern for declining marriage rates around the world, a shift he said Christians needed to reflect on “with great seriousness.”

“Many consider that the change occurring in these last decades may have been set in motion by women’s emancipation,” he said. But Francis called that idea “an insult” and “a form of chauvinism that always wants to control the woman.” 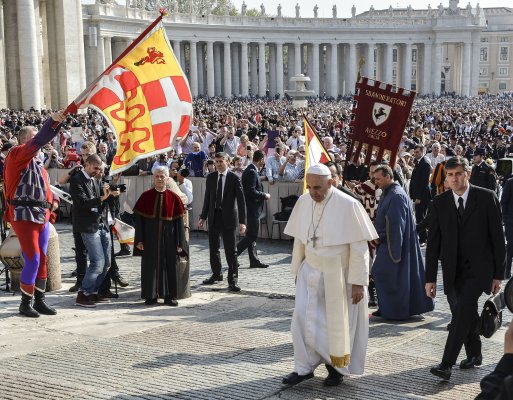 Vatican to Host Summit on Climate Change
Next Up: Editor's Pick