E.U. Needs to Invest 400 Billion Euros By 2020 to Keep Renewables on Track

Flags of the European Union seen in front of the headquarters of the European Commission in Brussels, Belgium on March 3, 2014.
Michael Gottschalk—Getty Images
By Alexis Arthur / Oilprice.com

Smart grids are back in vogue. Or at least getting some mainstream media attention thanks to European Commission Vice President Maros Sefcovic, who recently declared, “smart grids should become Europe’s shale gas.” Whether Europe’s electric market is on a path comparable to the U.S. shale revolution remains to be seen but there is no doubt that improvements in both smart grid and storage technology are set to revolutionize electric markets across the globe. More importantly, they have the potential to transform renewable energy’s role within them.

Smart grid technology is not particularly new. But policies promoting growth in renewable energy and electric vehicles, coupled with a greater consumer engagement with daily energy use is making them all the more important.

National and state level targets for renewable deployment and emissions reductions have added to the sense of urgency. Technological improvements across the power sector’s value chain will be critical to achieving those goals.

The potential gains are enormous. Smart grids promise many things, including increased reliability, efficiency and security, each of which is critical for integrating renewable energy. Not to mention that better management of peak load, reduced outages, and increased automation should lower energy costs for consumers.

The power sector is becoming increasingly complex in markets like the E.U. and U.S., with traditional generation, transmission and distribution value chains now sharing the system with two-way power flows from distributed generation, such as rooftop solar.

This is part of a long term trend. In BP’s latest Energy Outlook 2035, the company projects North American production of renewable production to increase by 200% by 2035. In the E.U., BP estimates renewable energy production will grow by close to 140%.

But as the Department of Energy notes in its Quadrennial Energy Review, released last week:

The other side of the equation is energy storage, which until now has been a major barrier to renewable deployment. There are a variety of storage systems out there, including batteries, pumped hydro storage, thermal storage, hydrogen storage, and flywheels, among others. The largest share of storage in the United States is pumped hydro storage with 42 plants totally 22 GW of installed capacity. An additional 37 GW are currently under review by the Federal Energy Regulatory Commission (FERC).

This works well for hydropower but the issue is a little more complicated for intermittent resources such as solar and wind, which struggle to respond to the volatility of consumer demand and the variability of the weather. Both the U.S. and E.U. have several pilot projects in place. Germany launched Europe’s largest battery plant – 5 MW – last year.

It would be foolish to conclude that the only barriers to an electric matrix powered by 100% renewable energy are improved storage and smart grids. There are several other factors at play, including transmission upgrades, resource potential, and development of the renewable projects. All of this is expensive. The European Commission stated that it would need 400 billion euros in public and private funding to upgrade the transmission and distribution infrastructure by 2020. This would not be offset by the potential 100 billion in estimated savings as a result.

And then there is politics. In the U.S., energy policy has become part of the partisan game. The Wall Street Journal recently published two op-eds (one by Republican Senate Majority leader Mitch McConnell; the other by Kenneth Hill, director of the Tennessee Regulatory Authority) calling for states to oppose the EPA’s Clean Power Plan. Unsurprisingly, this set off a fierce debate. The details are less pertinent than the fact that it underscores the highly charged atmosphere and seemingly insurmountable political hurdle when it comes to renewable energy in the U.S.

Still, there is promise at the state level. California has set a goal of 1.3GW in energy storage capacity by 2020.

Moreover, politics aside, the United States is still regarded as the leader in research and development in smart grid and storage technology, counting multiple test sites across the country.

Overall, there is much to be optimistic about.

Innovation is driving new solutions to the energy storage problem, and increased efficiency and scale is slowly driving down costs. Politically, at least in the broad sense, there is a positive trend towards cleaner energy targets and the next few years could be truly transformative.

The combination of favorable policy and advances in technology will eventually overcome the greatest hurdles to renewable deployment. It may happen sooner than we think. 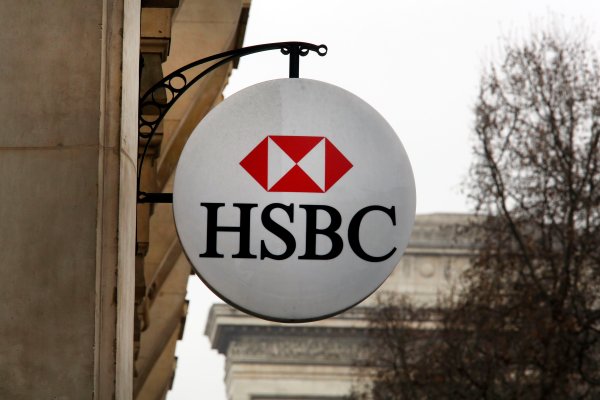