Calm After the Storm

Baltimore streets previously rocked by riots were quiet Wednesday morning at the lifting of a nighttime curfew that was enforced by 3,000 police and National Guardsmen. The curfew ended at 5 a.m. with no reports of disturbances in the early morning hours

The National Football League is giving up its tax-exempt status, Commissioner Roger Goodell said in a letter to team owners. The league has been tax-exempt since 1942, though all 32 teams pay taxes on their income, Goodell said

Every Episode of Seinfeld to Be Available on Demand

Hulu inked a massive $180 million deal with Sony Pictures TV on Thursday for the rights to distribute every episode of Seinfeld via their on-demand platform. This is the first time the entire Seinfeld catalog will be available in the era of online streaming

AT&T Inc. on Tuesday confirmed that it has fired Aaron Slator, a president who became the subject of a $100 million discrimination lawsuit for using his work phone to send racially offensive images. The images in question were found on Slator’s phone by an assistant

Friends co-creator Marta Kauffman has no qualms about snuffing out the dreams of nostalgists hoping to see the gang back together again. “Nope, never gonna happen,” she told The Wrap when asked if the beloved series would ever see a reboot

Israel’s reliance on Nepalese surrogate babies has been thrust into the spotlight as more than two dozen surrogate Israeli babies have been evacuated from Nepal, where a devastating earthquake on Saturday killed more than 4,400 people

Black Sabbath frontman Ozzy Osbourne said on Tuesday the band will release a final album and go on an accompanying tour in 2016 . “The plan is that next year we’ll do the final Black Sabbath tour and album,” Osbourne said at a press conference

Mary Jane Veloso, a 30-year-old Filipina who was due to be executed by firing squad for smuggling 2.6 kg of heroin into Indonesia, was granted a reprieve on Wednesday after a woman accused of planting the drugs on her surrendered to police in the Philippines 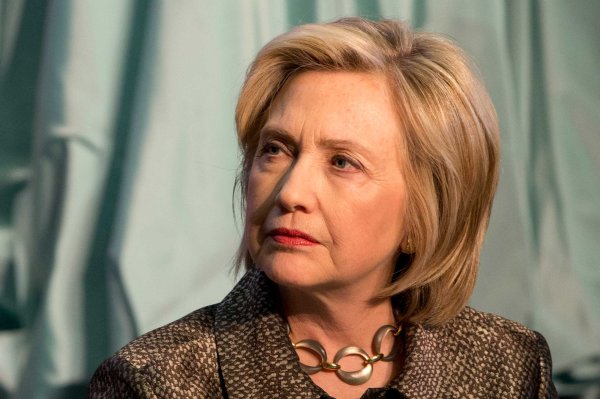 Hillary Clinton to Call for Police Body Cameras
Next Up: Editor's Pick