Ever wonder what it’s like to walk on Mars? You’re not the only one.

Take billionaire futurist Elon Musk, for example. Like so many other earthlings, he wants to die on Mars, “just not on impact.” He thinks colonizing the Red Planet is humanity’s best shot at survival, which is precisely why he founded SpaceX.

Now you, and Musk, can have a better sense of what it’s like to physically walk on Mars’ surface. Enter virtual reality and high-tech holograms. NASA’s Jet Propulsion Laboratory announced that it is teaming up with Microsoft to bring both nascent technologies and Mars exploration together to simulate what it would be like to actually walk on the planet, perhaps our future home.

Together, the two entities are developing software called OnSight that will allow scientists to “work virtually” on Mars using Microsoft’s head-mounted HoloLens display.

The HoloLens virtual reality headset is a goggles-style gizmo that makes 3-D holograms and other digitally simulated stuff appear to float in mid-air in the real-life space around you. Sounds otherworldly enough for a virtually manned mission to Mars, right? Not to mention a marked improvement over eyeballing 3-D stereo views of Martian terrain on a boring, flat computer screen, which is mainly what scientists have had to make do with up to this point.

The big idea is to provide scientists with a better means to plan and conduct Mars Curiosity-aided operations on Mars. Well, virtually. For example, instead of merely inspecting images of Martian rock from a distance via the rover, the HoloLens will enable them to crouch down and take a closer look at land formations, etc.

“OnSight gives our rover scientists the ability to walk around and explore Mars right from their offices,” Dave Lavery, of NASA’s Mars Science Laboratory, said. “It fundamentally changes our perception of Mars, and how we understand the Mars environment surrounding the rover.”

Will this NASA-Microsoft cutting-edge tech collaboration help Musk and other wanna-be Martians eventually arrive and survive on Mars? While not a giant leap for mankind, it could be a small step in the right direction. 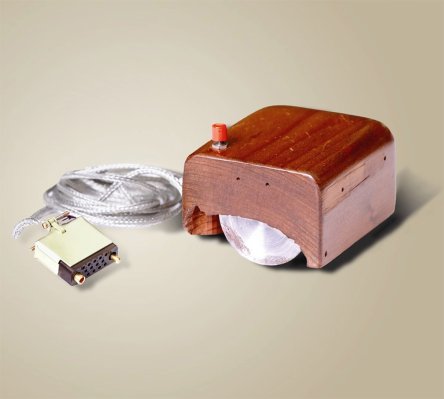 Why the Computer Mouse's Inventor Isn't the Big Cheese
Next Up: Editor's Pick