An empty Oriole Park at Camden Yards is shown after the game between the Baltimore Orioles and the Chicago White Sox was postponed on April 27, 2015 in Baltimore, Maryland.
Greg Fiume—Getty Images
By Sarah Begley

The Baltimore Orioles will play a game against the Chicago White Sox in an empty stadium on Wednesday, the team has announced.

Tuesday’s decision came in the wake of violent disorder in the city after the funeral of Freddie Gray, a 25-year-old black man who died after being injured while in police custody.

The team had already postponed the first two games in the series, scheduled for Monday and Tuesday. The third game will be played as scheduled on Wednesday, but the stadium will be closed to the public. The first two games will be made up in a doubleheader on May 28.

Ongoing unrest also appears to be the cause of the team relocating a three-game series against the Tampa Bay Rays, originally scheduled to take place on their home field of Oriole Park on May 1 to 3, to Tropicana Field in St. Petersburg, Fla. Ticket holders to all six affected games will be able to exchange their plans for another date. 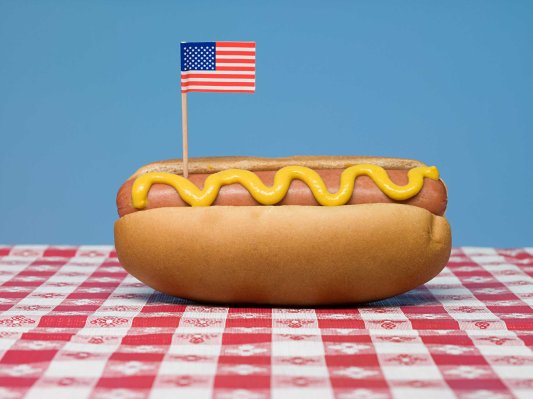 The 11 Craziest Foods Sold at Ballparks This Year
Next Up: Editor's Pick