In a Fountain Valley, Calif., workshop thousands of miles away from General Motors’ headquarters in Detroit, dozens of designers, engineers and craftsmen have been toiling for months. Their project offers a glimpse of the way we may be driving 15 years from now. The hangar-like workspace belongs to GFMI Metalcrafters, a company that for decades has built many of the most important concept cars. Laboring in its password-protected workrooms, these teams have been assembling a car so far ahead of its time, some of the technologies and materials it requires don’t exist yet.

The result, dubbed the FNR, is arguably Chevy’s most unusual concept car to date. The FNR is a fully autonomous electric vehicle. It’s a family sedan and infotainment hub. It’s aimed squarely at the young, consumers who characteristically respond better to smartphones than sheet metal. Chevy first unveiled the FNR (it stands for “Find New Roads,” the brand’s tagline) at the 2015 Shanghai motor show, and says it plans to bring it to the U.S. later this year.

Chevy hopes that the FNR will hook millennials, not just in China but worldwide, with the promise of a vehicle that will be part Siri, part Fitbit. “Everywhere in the world our time is constrained—commute time, work time, family time,” says Sharon Nishi, head of sales and marketing for GM China. “Those are some of the things that inspired this car.” And in a departure from current trends in autonomous-vehicle development, Chevy envisions the FNR as a vehicle for the mass market. GM projects that by 2030—the hypothetical model year for the FNR—self-driving technologies will be prolific enough to have become less costly, and therefore feasible for a real-world family car. And executives think autonomous vehicles have a particularly good chance of proliferating in developing countries like China, where cities and roads are crowding quickly, governments are anxious to resolve congestion, and much infrastructure is yet to be built.

Like many of GM’s most famous concept cars, the FNR helps us glimpse possible technologies of tomorrow. Motors housed in the rims of its massive, hubless wheels will power the car. Double scissor doors open on each side like lotus blossoms. Webbed seats can read everything from heart rate and blood pressure to mood—and adjust temperature, speed, lighting and even musical selections for those who want to work or sleep. Care to swap out the map projected on the oversized canopy to work on some spreadsheets? Simply swipe your hand over the gesture-controlled crystal ball in the center console to reconfigure the display. Of course, that’s assuming you’re in the car at all. The FNR could “run errands for you while you’re at work, or take itself to the dealer for service so you don’t have to,” says Mark Reuss, GM executive vice president of global product development.

There’s much work to be done before cars come anywhere close to fulfilling the FNR’s fully autonomous promise. Like other manufacturers and suppliers, GM has gradually loaded more vehicles with active-safety technologies that are precursors to a car that could pilot itself–night vision, blind-spot alerts, lane-change warnings, adaptive cruise control, brake assist. Next year, GM will be the first automaker to bring vehicle-to-vehicle communication—cars “talking” to one another to help them avoid collisions—to market in a 2017 Cadillac CTS. “It’s a step-by-step progression—some of the things we introduced in 2010 and 2011 are now trickling down into our production cars,” says John Capp, GM’s global director of safety strategies and vehicle programs.

Other, more luxury-oriented companies, including Audi and Mercedes-Benz, are closer to putting autonomous vehicles on the road. But GM executives say that by 2030, that may not matter. “How will the consumer interface with and experience all this technology—will it really help, or will it become a secondary burden?” asks Bryan Nesbitt, GM China vice president of design. The automakers that integrate the tech most successfully, Nesbitt says, will come out ahead. 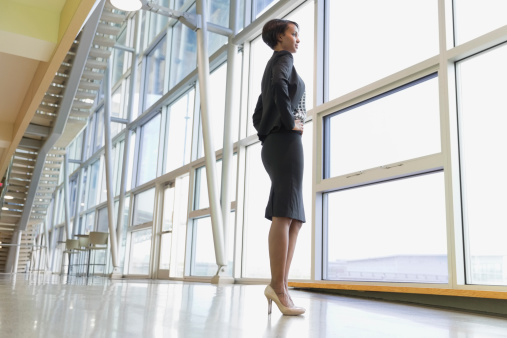 11 Ways to Have a Successful Career
Next Up: Editor's Pick