What's at Stake as the Supreme Court Returns to Gay Marriage

An American flag and a rainbow colored flag flies in front of the Supreme Court in Washington, April 27, 2015, as the Supreme Court is scheduled to hear arguments on the constitutionality of state bans on same-sex marriage on Tuesday.
Andrew Harnik—AP
By Ryan Teague Beckwith

Just two years ago, the Supreme Court debated the constitutional implications of same-sex marriage. As it returned to the issue Tuesday, the underlying facts that it will take into consideration have changed substantially.

When the court heard arguments on two cases in March of 2013, gay marriage was still a live issue. Just 11 states recognized same-sex marriage, while a majority of Americans had only recently begun to tell pollsters that they approved.

Today, 37 states recognize gay marriage, many of which did so after federal judges took the logic of the Supreme Court’s previous rulings further. The trend toward acceptance has only solidified, reaching a record 61 percent of Americans in one recent poll.

The justices themselves have personally mirrored this trend, with liberal Justices Ruth Bader Ginsburg and Elena Kagan officiating at gay weddings since the last decision.

Court watchers predict that a slim majority of justices — led by swing vote Anthony Kennedy — will finish what they started two years ago, finding a way to get all 50 states to recognize gay marriage. The question, then, is how they will do so.

The case they are considering, Obergefell v. Hodges, is named for James Obergefell, who married his now-deceased partner in Maryland, where gay marriage is legal, but cannot have his marriage recognized in Ohio, where it is not.

The court has several options to resolve the case. The justices could narrowly decide that states such as Ohio have to recognize marriage certificates from beyond their borders as a matter of legislative courtesy. Or they could more broadly decide that marriage is a constitutional right that no state may deny to gays and lesbians, forcing even reluctant states to issue same-sex marriage licenses of their own.

As with any court decision, there are a myriad of options in between, including multiple conflicting and overlapping opinions signed by different justices. But the underlying question will remain whether laws singling out gays and lesbians for different treatment—say, by barring them from marrying—deserve extra scrutiny in the same way that laws singling out ethnic or religious minorities do.

Either way, the fight over gay marriage may be nearing an end, but the debate over gay rights continues. 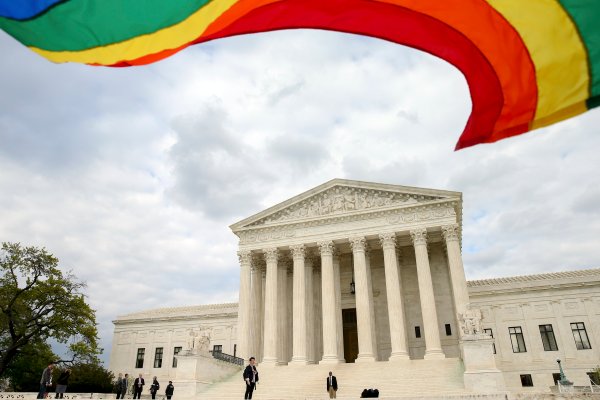