Actress Maika Monroe arrives at the "It Follows" premiere during the 2015 Sundance Film Festival on January 24, 2015 in Park City, Utah.
Chelsea Lauren—Getty Images
By Sarah Begley

The Independence Day sequel already has a star-studded cast: Jeff Goldblum, Judd Hirsch and Bill Pullman will reprise their roles from the ’90s classic, and Charlotte Gainsbourg and Liam Hemsworth have signed on. But the actress who has joined as the female lead is a less familiar name to mainstream audiences: Maika Monroe, the 21-year-old actress whose biggest credits to date have been The Guest and It Follows.

Monroe’s first two big roles marked her as a scream queen—and while Independence Day 2 won’t exactly be a horror film, it’s a safe bet that her character will be narrowly escaping danger quite a bit, and she’s skilled at that. Monroe will play the president’s daughter, with Pullman playing her dad and Hemsworth playing her love interest. The competition for the role was fierce, according to the Hollywood Reporter, with Monroe beating out a handful of other up-and-coming actresses in a lengthy audition process.

If it seems surprising to cast a relative unknown as the female lead of a major film, consider this: Monroe’s acting chops and unique style were certainly part of launching It Follows from a first-weekend release in four theaters to a third-weekend showing in more than 1,200. If she can bring that magic to a much bigger-budget film, director Roland Emmerich will be very glad he cast her. 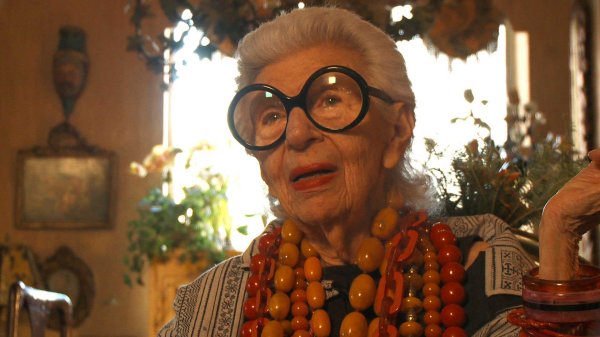 Iris Is a Surprisingly Warm Look at a Top Fashionista
Next Up: Editor's Pick