Tesla Could Be Changing the Dynamics of Global Energy

Tesla’s announcement last week about creating a new line of batteries for use by businesses, consumers, and the electrical grid at large is a game-changer for the industry. Currently, when individuals or companies need back-up power, they usually rely on generators. Effective battery storage for large amounts of energy would be a game changer in that it would enable a separation of generation and use of energy produced through clean fuels like solar and wind power.

The big problem with solar and wind right now is that the energy is only useful when it is actually produced and, because a company cannot modify generation to correspond with demand needs, any excess power has to be sold back to the market for immediate use. Tesla’s new batteries could go a long way towards solving this problem. It is likely that Solar City, for example, would be very interested in any home application for large scale battery technology.

The unique differentiator here is not necessarily Tesla’s technology. The company certainly has state of the art tech, but what might make battery production feasible is the economies of scale that Tesla is looking to capture in battery production. Tesla’s new gigafactory will be an enormous production facility when it is completed and the facility should be able to produce 50 GWh of annual battery production eventually. This level of production should enable mass production of batteries at a fraction of the current cost.

But beyond Tesla, these economies of scale could also have benefits for other firms in the same industry. To the extent that Tesla’s production capabilities create new demand for component parts, the result would be lower costs for inputs in batteries. As supply costs fall, battery production costs across the industry would fall also leading to increased quantity demanded by consumers and businesses.

Put differently, when Edison invented the light bulb, the standard method for producing vase shaped glass vessels was very different than what it is today. Producing a vase by traditional glass blowing is expensive and time consuming. So if a person had to make just one or two light bulbs, it would likely take hours of work. Once millions of light bulbs are needed, the process becomes industrialized and the cost per bulb falls to pennies. The same principle applies to the economics of battery production, and that already has even competing producers salivating.

Batteries already may be much more profitable than most people realize, and so if Tesla can open up new markets for its products, it could drive the company’s earnings dramatically higher. The exact level of profit will depend on many different factors of course, but assuming that Tesla can sell its batteries based on charge capacity, then the profits could be astronomical. Tesla recently increased the price on some of its vehicles by $4,000 in concert with a 10KWh increase in battery capacity.

This implies that the company thinks 1KWh of battery capacity is worth roughly $400. 1 GWh is equal to 1 million KWh and Tesla’s new factory should be able to produce 50 GWh annually when at full production. This would, in turn, imply $20B in annual revenue from output produced by the factory. Of course this value will vary dramatically based on many factors including battery size and usage, but the raw figures are mind-boggling nonetheless and suggest the magnitude of the market potential here. Even if Tesla ultimately ends up selling battery capacity for one-tenth this amount, then the result would still be a huge boost to the company’s bottom line. 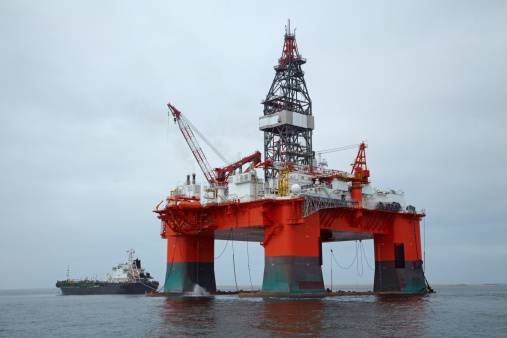 This Is How Much OPEC Really Earns
Next Up: Editor's Pick