Jayne Meadows, an actress who took turns on the stage, small screen and silver screen, died on April 26 of natural causes at her home in Encino, Calif., her son Bill Allen confirmed to the Associated Press. She was 95.

Meadows made her Broadway debut as Jayne Cotter in Spring Again, a 1941 comedy led by the legendary producer and director Guthrie McClintic. But her Broadway career didn’t peak until 1958 with The Gazebo, a whodunit set on Long Island, in which she co-starred with Walter Slezak. Her final appearance on Broadway was in a 1978 revival of the George S. Kaufman and Moss Hart comedy Once In A Lifetime.

Meadows was nominated for three Emmys during her time on television for her roles on the series Meeting Of Minds, St. Elsewhere and High Society. She appeared on several long-running TV series including Hawaii Five-O, The Love Boat and Fantasy Island. During her four years on PBS’ Meeting Of Minds she played historical figures like Elizabeth Barrett Browning and Marie Antoinette. She also appeared on NBC’s dramatic series Sisters with her own sister, Audrey Meadows, and was a longtime panelist on CBS’ I’ve Got A Secret.

During her film career Meadows appeared alongside many a famous face with parts in Undercurrent with Katharine Hepburn, David and Bathsheba with Gregory Peck, Enchantment with David Niven and Song of the Thin Man with William Powell and Myrna Loy.

“She was not only an extraordinarily gifted actress who could move audiences from laughter to tears and back again all in one scene, but she was the greatest storyteller I have ever known and I will miss her endlessly fascinating and frequently hilarious anecdotes about her life and the many brilliantly talented people she worked with and befriended along the way. She was also the most loving mother and grandmother I could ever imagine, seeing only the best in all her family members and giving us all confidence that we had value to offer the world and should take risks because we could do no wrong in her eyes. ​She will be sorely missed and never forgotten,” Bill Allen said in a statement to Variety.

Meadows was born in China to missionary parents. She had lived in the San Fernando Valley since 1959, after moving there with her husband, creator of the Tonight Show and original host, Steve Allen. 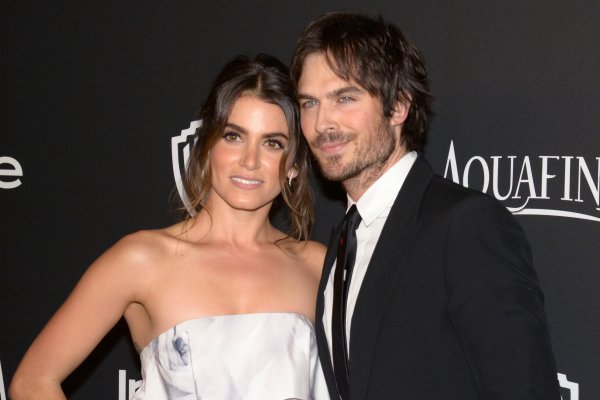 Nikki Reed and Ian Somerhalder Tie the Knot
Next Up: Editor's Pick