Why I Love My IUD

Last summer, my family and I attended the wedding of a close family friend. As the guests filed out onto the dance floor, my mother walked over to me while I was deep in conversation with some of the bride’s college-age cousins. The girls immediately turned red upon seeing an older adult approaching, and sensing their trepidation, I quickly changed the topic of conversation and excused myself and my mother.

“What were they so embarrassed about?” my mom asked as we walked away.

“Oh,” I said laughing, “We were all discussing IUDs, and I was telling them how much I love mine.”

I’m completely and totally obsessed with my IUD, and no, I frankly don’t care who knows about it. As women, we are taught from a very young age that our sexuality is something to hide, and that health matters that pertain to our reproductive systems are somehow less serious or important than those of our male counterparts. We are taught to hide our tampons, to covertly take our birth control pills, and to explain away any relevant health issues as “female issues,” lest we offend anyone by discussing how our bodies fundamentally work.

Yes, my IUD hurt when it was inserted. Yes, my cramps are moderately worse now. And yes, in my opinion, it is completely and totally worth it. Getting my copper IUD last year ended a 14-year saga of failed acne treatments and less than ideal birth control methods. I love my IUD so much I literally want to tell everyone about it.

I have always been self-conscious about my skin. For some women, the societal pressure to be thin hits them early, but I — as a gangly, over-tall preteen — was consumed by another perceived aesthetic, failing as soon as I entered middle school. I keenly remember slathering thick and sticky drugstore concealer all over my face and scouring the aisles of CVS for any new over-the-counter acne product that I thought might help eradicate the fledgling breakouts that continued to angrily appear on my face. When I finally got up the courage to ask my mother to see a dermatologist, I thought that the doctor would perform magic on all of my skin issues. But, the plethora of different topical ointments she prescribed always destroyed my sensitive skin and not my acne. I ended up on oral antibiotics for the later part of high school, as basically a last resort.

Almost a year after I first started oral antibiotics to treat my acne, the medicine was finally working despite a host of negative side effects, and I — as a sexually active, but perplexingly responsible young person — got myself a birth control prescription from my family doctor. It was then that my skin truly went off the rails. My face was covered with cystic acne, I began to slowly gain weight, and my moods became increasingly unstable. And, I quickly discovered that it was extremely difficult for me (a self-confessed Type B person), to remember to take a pill at an exact time every single day. Moreover, some types of antibiotics — so far the only type of acne treatment that had worked on my skin — had been found to also possibly leave birth control less effective. Meaning, in short, what the heck was I doing to myself, and why?

When I entered college I was told for the first time ever that maybe my acne had something to do with my hormones — I broke out around my mouth and chin — and my hormonal birth control was making it worse and not better. What followed was a lot of experimentation, as I was slowly exposed to different birth control options that I had never heard of before (hello, birth control patch!), to find a method that I could both remember to take and that didn’t destroy my face.

When I explained this saga to my gynecologist post-college, she looked at me with a bit of surprise on her face.

“Well,” she said, “why haven’t you considered getting an IUD?”

I was confused at first — weren’t IUDs only for women who had already had kids? Didn’t they hurt a ton? And couldn’t they make you sterile?

Apparently, no. My doctor patiently explained to me that a lot of the myths that used to be pervasive about IUDs were completely untrue. It turns out, more and more doctors were recommending them to patients like myself — young women who had tried many other birth control methods and who had responded badly hormones in the past. According to the Mayo Clinic, the copper IUD, or ParaGard, “offers effective, long-term contraception [and] it can be used in premenopausal women of all ages, including teenagers. Among various benefits, ParaGard can remain in place for up to 10 years and can be removed at any time, followed by a quick return to fertility.”

It didn’t take any more convincing; I was sold. I opted for the copper IUD — which doesn’t have any hormones — instead of the low-hormone Mirena, because I wanted to start treating my acne again with a completely clean slate. I also wanted to avoid the weight gain and mood shifts that had doggedly occurred whenever I used hormonal birth control methods. After a quick and relatively painless insertion process (seriously, it wasn’t that bad, eyebrow threading is worse), I left the office with moderate cramps and a brand new IUD chilling in my uterus.

I won’t lie, the first few days of cramps were not fun, and for a couple of months my period decided to act like I was in middle school again (according to the Mayo Clinic, “the side effects associated with the ParaGuard [copper IUD] include bleeding between periods and cramps,” but no acne, yay!). However, after about 3 months, I felt totally normal, and I was super pumped about two things: One, I never had to take birth control again for 10 years; and two, my skin had already started to clear up… without any antibiotics.

It’s been almost two years now and I’m still thrilled with my decision. Yes, not all women have trouble with hormonal birth control, and not all acne-sufferers will find that removing hormonal birth control from their lives will help them regulate their acne. But, for me, the copper IUD was that elusive magic bullet that helped me both manage my reproductive choices and my acne. My skin is infinitely more clear and I get to have sex without worrying about having a kid any time soon (yay!). I’d call that a win-win. 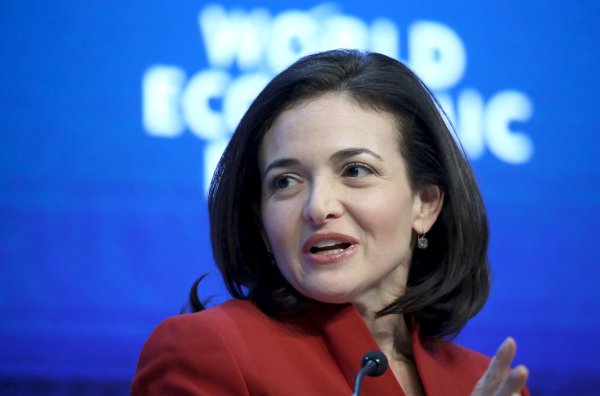 Executive Explains Why Facebook Covers Egg-Freezing
Next Up: Editor's Pick