We Fact-Checked All of Jay Z's #TidalFacts

Things have been rocky for Jay Z’s Tidal service ever since the service relaunched with an Avengers-like call-to-arms of music superstars last month. Since then, the streaming platform has fallen out of the top 750 apps on Apple’s App Store, replaced its CEO and taken several dings in the press. So it’s no surprise Jay Z is eager to defend his new service against detractors.

The mogul-rapper tweeted a bevy of “#TidalFacts” Sunday, arguing his music service is actually doing just fine (on the rare occasions Jay tweets, he loves to talk about #facts).

But how do we separate truth from corporate spin? Here’s a quick fact-check of the claims Jay Z made about Tidal.

Tidal is older than Jay Z wants to admit. It launched back in October 2014 in the U.S. and the U.K., with its main pitch being high-fidelity music streams. After Jay Z bought parent company Aspiro for $56 million in January, the brand was relaunched in March with a new emphasis on compensating artists and providing exclusive content to fans.

Regarding subscribers, 770,000 is certainly a respectable figure in a world where every on-demand music subscription service not named Spotify is fighting for table scraps. However, the vast majority of those users were using Tidal before Jay Z showed up. Aspiro previously had another music streaming service called WiMP, which had 500,000 paying subscribers at the end of 2014. The WiMP and Tidal platforms were merged in March, just before Tidal’s relaunch. So it’s unclear how many new subscribers Tidal has picked up thanks to all its publicity in recent weeks.

Maybe it wasn’t one day, but the iTunes Store did sell one million songs in its first week of existence. It was wildly successful from the start. Spotify, which launched in 2006, was a bit of a slow burn, but it would be hard to argue that the platform only became successful in 2015. As the digital music space gets more crowded, it’s only going to become more challenging for new entrants to grab significant marketshare.

The spate of bad press Tidal has received since it launched is mostly its own doing. The optics of the launch event, with music’s biggest wealthiest stars on stage begging fans to spend more on music, couldn’t have been worse. Perhaps instead of the press, Jay Z is referring more to behind-the-scenes dealings between streaming competitors and record labels to vie for exclusives and keep artists off of Tidal. That’s almost definitely happening, and competition among the streaming services will only get increasingly fierce as more of the music industry’s revenue pours into the sector.

One of Tidal’s selling points is supposed to be that it offers a more comprehensive fan experience than other music services. Exclusive videos from stars like Jay Z and Beyonce have been popping up on the platform. And the company has been livestreaming some concerts, including a recent Jack White concert. But the service has yet to nab the kind of massive exclusive–think Beyonce’s surprise album dropping excluisvely on the iTunes Store–to truly turn heads.

Here Jay may be referring to Tidal Discovery, an upcoming feature of the platform that will allow independent artists to upload their music directly to the streaming service. On platforms like Spotify, independent artists have to use third-party aggregators to make their music available. Tidal will also soon allow individual artists to access a dashboard that shows listening data and demographic information about their fans, according to tech culture site Smashd. This type of fine data is often routed to labels rather than to artists themselves.

It’s not entirely clear what Jay means by “royalty rate.” If he’s talking about the amount of total revenue that Tidal plans to redistribute to artists and record labels, that would mean Tidal is doling out a larger portion of its total sales than Spotify, which pays 70% of its revenue to music rights holders. A Tidal spokesperson did not identify which rate Jay Z was referring to at press time.

Yep, Apple’s market capitalization is about $760 billion and a new funding round will reportedly value Spotify at $8.4 billion. YouTube is not worth anything close to $390 billion, but its parent company Google is. And Jay bought Tidal for $56 million, so he’s mostly right here. 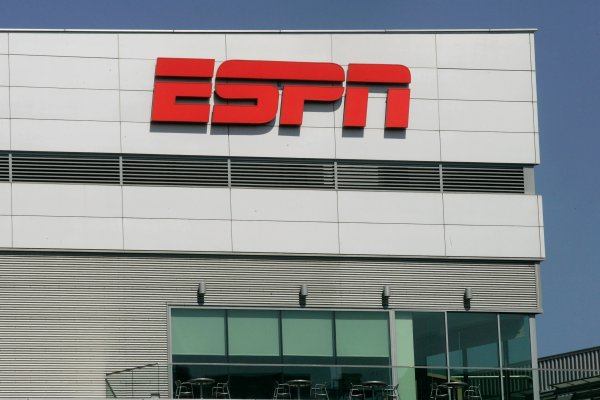