Review: In The Casual Vacancy, All Politics Is Local

Lawrie, in her screen debut in The Casual Vacancy.
Steffan Hill/HBO
By James Poniewozik

It’s quickly obvious that The Casual Vacancy (April 29 and 30), despite being based on a J.K. Rowling novel, has little to do with the world of Harry Potter. But HBO makes plain that this acidic story of English small-town politics is not exactly like the novel, either; in order to cut down Rowling’s 500 pages into three hours of TV, the network says, writer Sarah Phelps “was given free rein to reshape the story,” whittling down some storylines, expanding others. Readers of the original (disclosure: I’m not one of them) should expect to find vacancies themselves.

What makes it to screen here is a grim-minded, class-conscious story of greed and self-interest amid a real-estate gold rush. In town of Pagford–the kind of bucolic hamlet whose green fields are biologically engineered to hide hypocrisy and decay–the local parish council is riven with controversy over a proposal to convert Sweetlove, a community center for the poor, into a swanky spa. Proponents Howard and Shirley Mollison (Michael Gambon and Julie McKenzie) argue the development will benefit the whole town; the council’s progressive wing, led by weary-but-dedicated Barry Fairbrother (Rory Kinnear), sees a move to cash in and segregate the poor.

But Barry suddenly dies, the first sounding of the series’ hammering theme that, in a get-rich era, the worst are full of passionate intensity and the best are S.O.L. His passing leaves a “casual vacancy” for the council’s swing vote on Sweetlove. In the ensuing election, the Mollisons put up their timid son Miles (Rufus Jones) while the anti-development crowd pushes forward nervous headmaster Colin (Simon McBurney), and the two reluctant candidates become the attack cushions in a parochial pillow fight. Meanwhile, Barry’s brutish half-brother Simon (Richard Glover) seeks to use the chaos for his own enrichment.

Director Jonny Campbell sets a suitably English-nostalgic tone for this story of a changing era. (Though Vacancy is set around the present, the ambient soundtrack is full of Thatcher-era New Wave: ABC, Captain Sensible, Kim Wilde.) This version of Vacancy means well, but its well-meaning turns subtle-as-a-bludger, hammering on the death of empathy and charity in a world of venality and new money. The Fair Brother is gone, and Sweet Love is in danger! Worst of all is the misuse of Gambon and McKenzie, left to play cartoon grotesques of posh, piggy villainy.

The strength of The Casual Vacancy comes in the stories spinning around the political one, especially that of Krystal (Abigail Lawrie), the troubled teen daughter of a meth-addicted single mother. It’s Lawrie’s first role ever, but you wouldn’t believe it; she’s arresting, commanding the screen, her face prematurely guarded and pinched but betraying a secret lively mind.

The decision to build out Krystal’s story is one of the best choices of this adaption, giving depth and shading to a story that more often swings from sourness to melodrama. The Casual Vacancy has deeply felt things to say about a society whose human ties have been corroded by greed on the one hand, ineffectuality on the other and a whole lot of apathy in the middle. But the cure for apathy is giving people reasons to care, and that’s where this miniseries, like the local pols at its center, falls short. 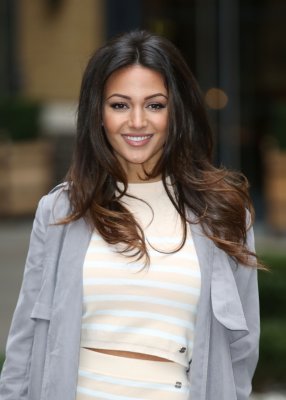 Michelle Keegan Named 'Sexiest Woman' in the World by FHM
Next Up: Editor's Pick