Maybe you’re upset at Oculus VR and co-founder Palmer Luckey for selling the company to Facebook for $2 billion, but give Luckey credit for at least one thing: He spent hours last night answering questions from distressed Oculus fans on Reddit, and went right back to it this morning.

Most of those comments are being downvoted into obscurity. But a glance through Luckey’s comment history reveals a lot of big promises about Oculus’ future under Facebook. Here are some of the most noteworthy quotes from Luckey’s Reddit Q&A:

This was in response to a user threatening to be “done” with the Rift if certain conditions were not met. Luckey made a similar comment last night, when asked to guarantee that users wouldn’t have to log into their Facebook accounts to use the VR headset. “That would be lame,” he said — and it would surely scare off the developers who are sticking around.

“We are not going to track you, flash ads at you, or do anything invasive.”

In terms of Oculus promising not to adopt any of Facebook’s creepier tendencies, this is probably as clear-cut as it gets. It’s understandable to worry that our virtual behavior could eventually be grist for Facebook’s ad mill, though this would likely cause an even bigger backlash if not handled with extreme caution. Many Redditors are choosing not to believe Luckey’s promises. Time will tell who is right.

“None of our gaming resources will be diverted.”

Facebook CEO Mark Zuckerberg made clear that the ultimate goal is to expand virtual reality beyond gaming, eventually creating “a new communication platform.” This has naturally led some Oculus fans to wonder whether the company’s commitment to gaming will be diminished. Luckey says that won’t be the case, because Oculus now has more resources for gaming than it did before. That includes more money to invest in indie developers. A bigger question is for how long Oculus will stay deeply invested in gaming. Again, there’s no way to know right now.

“We are not going to lock people out because they compete.”

Some gamers and developers are worried that Oculus will require all games to go through an official Facebook ecosystem. That’s not the plan, Luckey said. While Oculus is working on its own app store and launcher for VR games, developers won’t have to use it. “Facebook has no interest in changing that, they believe in what we have been doing all along,” Luckey said.

These are two separate concerns, in response to one Redditor. The first concern is that Oculus will stop being so close to its community and become less relaxed with interviews. The second is that Facebook is just using Oculus to reap user data and spy on users. Luckey, in response, gave his word that “nothing will change for the worse.” (See quote number two above.)

“This deal specifically lets us greatly lower the price of the Rift.”

We don’t know what the price of the finished product would have been, but the latest developer kit costs $350, so presumably the first consumer version will be much cheaper. The news was received warily by the Reddit community, which of course wondered about Facebook’s motives if it’s not looking to profit on hardware. The most likely answer is that Facebook is looking to build up Rift and refine its technology, so that it can eventually be used in mainstream, non-gaming applications. If virtual reality changes communications the same way Facebook did, the opportunities to make money will follow.

“Facebook is going to give us access to massive resources, but let us operate independently on our own vision.”

Luckey repeatedly insisted that Oculus will operate with autonomy, and said Facebook has a good track record for letting acquired companies do so. But the truth isn’t so clear-cut. Instagram, which Facebook bought in 2012, operates independently but began sharing user data with Facebook several months after the acquisition. Facebook’s purchase of WhatsApp is still pending regulatory approval, so it’s far too early to say how independent it will be. In reality, Oculus will be a major test of Facebook’s promised autonomy.

If you’re wondering how the Reddit community is responding to these statements, “with skepticism” would be an understatement. Many commenters seem to think that Oculus has ceded all decision-making to Mark Zuckerberg, and that Luckey’s promises can be overridden with the wave of a hand. That seems a bit extreme, especially since we haven’t seen the full terms of the deal, but the underlying concerns are valid. Luckey has given his word that things will only change for the better. We’ll see what that word is worth over the next few years as Oculus and Facebook build virtual reality together. 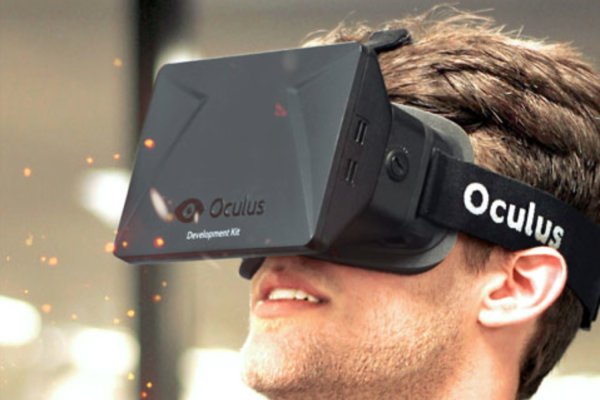 The Anti-Hype Guide to the Facebook-Oculus VR Deal
Next Up: Editor's Pick