The writers—Peter Carey, Teju Cole, Rachel Kushner, Michael Ondaatje, Francine Prose and Taiye Selasi—believe it’s wrong to reward the publication for free speech, since they feel its depiction of Islam was often offensive, the New York Times reports. Carey acknowledged that the terrorist act that killed many of Charlie Hebdo‘s staff members was “a hideous crime,” but also noted that France as a nation “does not recognize its moral obligation to a large and disempowered segment of their population.”

Though Rushdie (whose death was called for by a Muslim leader over his book The Satanic Verses) calls both Carey and Ondaatje “old friends,” he said the choice of Charlie Hebdo was perfectly appropriate. “What I would say to both Peter and Michael and the others,” he told the Times, “is, I hope nobody ever comes after them.” 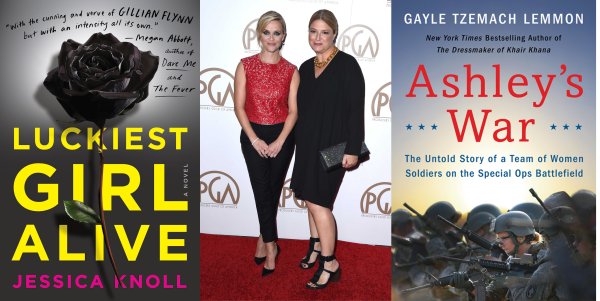 Reese Witherspoon Is Building the Ultimate Book Club
Next Up: Editor's Pick