Grey’s Anatomy killed off Patrick Dempsey’s Derek Shepherd on Thursday night, and one fan launched a petition on Change.org in an effort to bring McDreamy back. “It’s like you’ve killed the President of Grey’s Anatomy!” petition creator Courtney Williams wrote. “YOU HAVE TO BRING DEREK BACK! NOW! IMMEDIATELY!”

Bad news for Williams and the 4,268 (and counting) who’ve signed the petition: He’s not coming back—but Dempsey, who spoke to EW about leaving the show, understands why the fans are upset. “I think any time an original cast member has left, there’s always a void that will never be filled,” he said. “Shepherd is a beloved character. People don’t want to lose him. He’s been in their lives for over 10 years. But it goes on, and it will evolve.”

The petition writer suggests showrunner Shonda Rhimes make the episode where he dies a “dreamt one” or “a hallucination.” “You do NOT get to toy with our lives and emotions like this Shonda, NO! That is NOT RIGHT! How do you sleep at night?!?!!”

Read the whole petition over at Change.org, and tune in to Grey’s Anatomy on Thursday at 8 p.m. on ABC to watch how the doctors of Grey Sloan Memorial grieve. 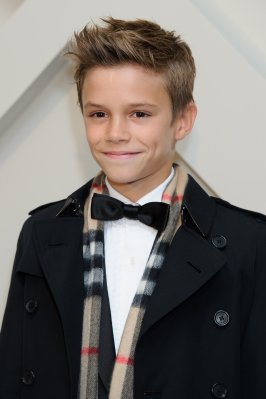 David and Victoria Beckham Are 'So Proud' After Son Finishes London Race
Next Up: Editor's Pick