Furious 7 Is Now Bigger Than Frozen

Furious 7 earned $18.2 million to finish at the top of the box office for the fourth straight week, and it’s now a bigger earner than Frozen.

The film, which stars Vin Diesel and Paul Walker, is the first since 2012 and one of only 29 ever to keep the No. 1 box office spot for four weeks, according to box office tracker Rentrak. The movie has earned $320.5 million domestically and more than $1 billion worldwide.

The global box office total makes Furious 7 one of the five highest grossing films of all time, according to Box Office Mojo. It sits just ahead of Frozen in total worldwide earnings at $1.32 billion to Frozen‘s $1.27 billion, but the latter is still ahead by $80 million at the domestic box office.

Furious 7 could be knocked off its throne with the May 1 opening of Avengers: Age of Ultron, which is expected to earn more than $200 million in its opening weekend. 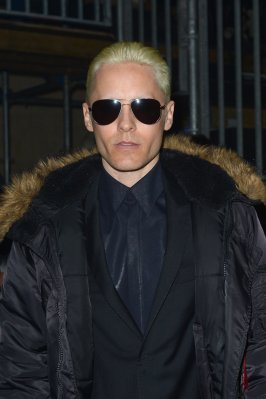 See Jared Leto as The Joker in Suicide Squad
Next Up: Editor's Pick