Who are you most excited to see at the White House Correspondents Dinner this weekend?
I haven’t really thought about it, honestly. I feel like this neophyte in D.C. for this weekend, and I’m just coming to explore and be curious and open.

There’s a bill being put forward in Florida to make it illegal for trans people to use the bathrooms that don’t belong to their biological sex. What do you think of this and other bathroom bills around the country?
These bathroom bills are unfortunate in that they are sort of scare tactics. If you look historically at cities like New York City that have passed public accommodations protections for trans people, nothing crazy has happened when trans people go to the bathroom. We just want to go to the bathroom. It’s a way to sort of scapegoat us … We are the ones that are really unsafe. The first eight weeks of 2015, seven trans people were murdered, almost one a week. So we’re the ones whose lives are in danger. So to portray us as potential predators is unfortunate.

2014 was a watershed year for the trans movement. What do you see as the next steps?
I would say that 2014 was a watershed moment for visibility, but the record unemployment rates, homicide rates and discrimination that we experience, that has not changed. So we need more of what’s happening in the media in terms of visibility to affect policies and how we treat transgender folks.

Can you give me any sneak previews of the upcoming season of Orange Is the New Black?
Jenji [Kohan, the show’s creator] was really interested in faith in the third season, what do you believe in? 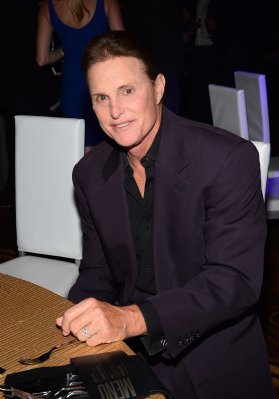 Read GLAAD's Moving Statement Supporting Bruce Jenner as He Comes Out as Transgender
Next Up: Editor's Pick