See Jared Leto as The Joker in Suicide Squad

David Ayer, director of the upcoming Suicide Squad film, has teased what Jared Leto as the iconic DC villain The Joker would look like. But now, he’s given us our first official look at Jared Leto as the latest take on one of Batman’s greatest foes, and it may not be what fans would expect.

The picture of Leto, which Ayer released late Friday to celebrate The Joker’s 75th anniversary, shows off a quite unique Joker compared to his previous live-action pictures. Gone is the suit-clad Jack Nicholson version or the shaggy, disheveled look of Heath Ledger’s take. Instead, this Joker—or at least the version Ayer is revealing—looks to be the most maniacal yet, with tattoos, chrome (or just horribly kept) teeth and a slicked back, shockingly bright green tuft of hair. The character’s iconic use of purple is still there, but only in the form of a single glove.

Whether this is how the Joker will look throughout the film or simply for a portion of it, this picture sure takes a stand and proves that Ayer is looking to do something quite different than The Joker’s previous appearances on the big screen. We’ll likely find out more in the months to come before Suicide Squad’s release on Aug. 5, 2016. 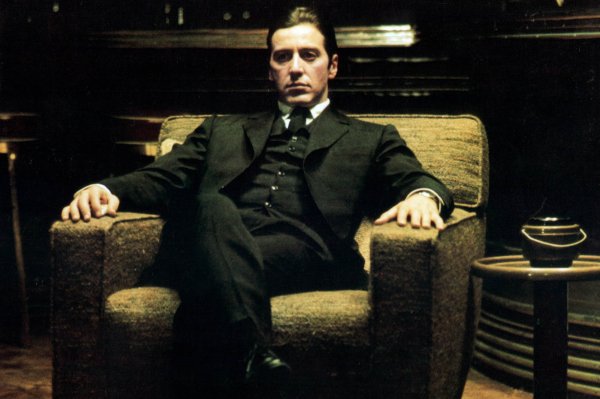