“Today, millions of people learned that someone they know is transgender,” said GLAAD President & CEO Sarah Kate Ellis. “By sharing this story, Bruce Jenner has shined a light on what it means to be transgender and live authentically in the face of unimaginable public scrutiny. Though Jenner’s journey is one that is deeply personal, it is also one that will impact and inspire countless people around the world.”

After months of remaining silent about his life-changing decision, the famed decathlete spoke publicly for the first time about transitioning from male to female in the interview on ABC’s 20/20.

“I would say I’ve always been very confused with my gender identity since I was this big,” said an emotional Jenner, 65.

“I tried to explain it, because I’ve had all my kids sitting in that chair … and I’ve tried to explain it this way. God’s looking down, making little Bruce … he says, ‘Okay, what are gonna do with this one. Make him a smart kid, very determined … and then when he’s just finishing he says, ‘Let’s wait a second.’

With his decision to go public Jenner hopes to make a permanent change in the transgender community,

“Every transgender person’s journey is unique, and by choosing to share this story, Bruce Jenner adds another layer to America’s understanding of what it means to be transgender,” said Nick Adams, GLAAD’s Director of Programs, Transgender Media.

“We hope that after hearing Jenner’s story, people will want to learn more about the issues and challenges facing their transgender friends, co-workers, and family members. Stories like these will help create a world in which everyone can express their gender identity without fear of discrimination and violence.” 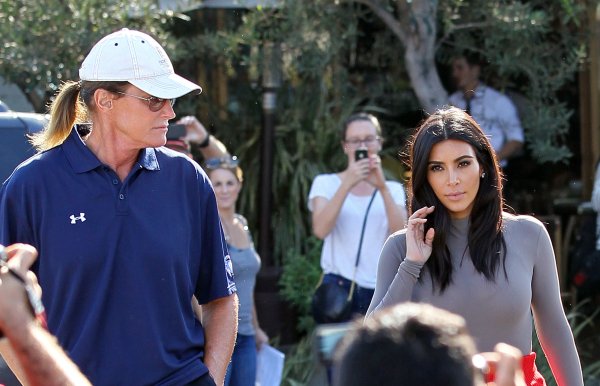