Bruce Jenner’s much-anticipated interview with ABC aired Friday, and as was widely expected, the former Olympian and reality star announced that he is choosing to live as a woman. The broadcast was a popular point of discussion on social media, with friends, family and fans speaking out in support of Jenner’s transition.

The pop singer Lady Gaga, a longtime advocate for LGBT causes, offered her encouragement and admiration:

So did Miley Cyrus:

Meanwhile, when the blogger Perez Hilton tweeted that Bruce’s third wife, Kris Jenner, had not commented to ABC for the interview, Kris clapped back:

Separately, Kris tweeted her enthusiastic admiration and affection for Bruce: 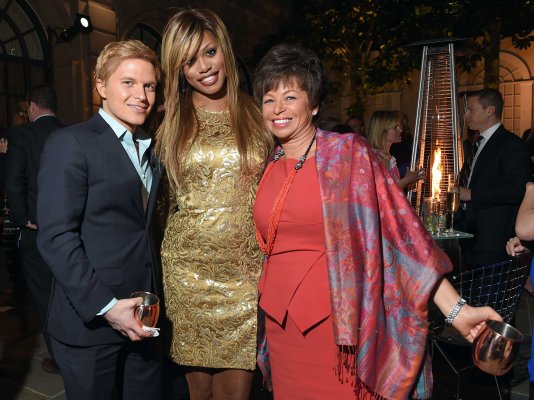 See the Stars at the TIME-People White House Correspondents Party
Next Up: Editor's Pick