TIME movie critic Richard Corliss, who passed away on Thursday night, was also our best sportswriter. He only dabbled in sports professionally, but truly loved the games. Corliss was especially passionate about baseball, and his beloved A’s, whom he first started following as a boy in Philadelphia, when the team played at Connie Mack Stadium before moving west.

Corliss didn’t spend much time in our midtown offices; he was too busy attending screenings and writing, so prolifically, and so beautifully, at all hours. But on occasion, he’d pop by my desk and talk baseball. The sports talk show hosts on WFAN, the New York City radio station, really got him going. I’d always exit these conversations wondering how a man who was so productive, who had encyclopedic knowledge of so much, possibly found the time to focus on Joe Benigno.

Whenever Richard did write about sports, he brought the same lyricism and breadth that were staples of his film criticism. He’s a writing hero, word-for-word one of the best, if not the best, to ever work at TIME.

I wish I could write sentences like Richard. And I wish he was still here to talk baseball. We could have a nice chat these days about my Mets. But this year, I’ll be keeping special tabs, in my heart, on Richard’s A’s.

Here’s a sampling of his work in sports.

Corliss reflects on the first round of the 2012 baseball playoffs:

Upsets galore! Perennial losers vaulting to the top! All-stars benched and no-names turned into heroes! Games so close that anxious fans bite their nails down to the knuckle! One future Hall of Famer who breaks a 45-year-old record for batting supremacy, and another who breaks his ankle and must be carried off the field! Wild melodrama that obliges sportswriters to end every sentence fragment with an exclamation point!

In the great soccer debate, I’m on both sides. As a fan of “American” sports, I confess that I don’t get soccer. The spectacle of alpha males running around, falling down, pretending to be hurt and, all in all, achieving very little — um, when I was in school, that was called recess.

Corliss previews the Super Bowl XXXVIII coaching matchup between Bill Belichick of the New England Patriots and John Fox of the Carolina Panthers:

In pro football, the real game is on the sidelines. There the head coach paces, barking orders into his headset, congratulating or chastising a player, wearing a sociopath’s stern face as he silently prays he’ll be baptized by a tub of Gatorade in the final minute of a winning game. The coach is a chess demon, planning dozens of gambits that depend on whether his quarterback throws for a big gain or gets sacked. He is a video-game whiz kid, and the playing field is his Grand Theft Auto Vice City. He is a field marshal and, sometimes, a counselor—General Patton and Dr. Phil. The quarterback may be the glamour boy, but the coach is the star. The TV camera knows this: during a game it follows Bill Parcells, head coach of the Dallas Cowboys, as avidly as if he were J. Lo with her back turned.

Every true sports fan is a manic depressive. When our team wins, we’re in heaven; when they lose, we reach for a kitchen knife and stare meditatively at our radial artery. And there is usually more agony than ecstasy. Susan Sontag defined science fiction as “the imagination of disaster”; she might have been describing the mind of a sports fan. We try to live by the old Ukrainian proverb — “Expect the worst and you’ll never be disappointed” — but for that ray of hope with which we lash ourselves each spring, then see glimmer turn to tumor as the season plods downward for six months.

A short history of the grudge match: The Hebrews invented it. Cain was the first winner, but God disqualified him on the grounds of poor sportsmanship. Abel was awarded the gold posthumously.

A longer history of the grudge match: The ancient Greeks invented games as a way of allowing men to fight one another without all that messy killing. Sport was literally a lifesaving idea: I hit you, you hit me, and an impartial observer determines who wins. (This became known as boxing.) I insult you, you trip me and the rest of the clan decides who played dirty better. (This became known as politics.)

Fans packed the stadiums on the first day of the “second season.” Atlantans heralded the return of Greg Maddux by ringing the pitcher’s mound with roses; the Montreal faithful threw small packets of money (Canadian money, but still . . .) toward their low-paid, first-place stars; and a few of Philadelphia’s famously cranky spectators actually applauded their own team. In Kansas City, Vince Coleman was greeted with affectionate firecrackers; Cleveland stalwarts shied welcome-back corked bats at Albert Belle.

This spring, baseball has been bustin’ out all over. Home runs have increased 26% over last year; runs batted in are up 11%. And a cluster of young stars threatens to smash offensive records set when George Burns was still in Little League. Seattle’s Ken Griffey Jr. is on a pace to hit 65-plus homers. So is Frank Thomas, the Chicago White Sox’s baby-faced behemoth. Thomas scored 59 runs by June 1, a record, and Toronto’s Joe Carter set an April standard for rbi’s. Even pencil-necked pipsqueaks are crushing the ball.

If Rodney Dangerfield had 109 heads and weighed 11 tons, he would be the Florida State University football team. F.S.U. has won 10 games or more six years in a row; it is undefeated in its past 11 bowl games; it gobbles up most opponents like Homer Simpson at an all-you-can-eat restaurant. Yet for years the Seminole team had the reputation of a pigskin bridesmaid because it somehow managed to find a way to lose to those cross-state behemoths at the University of Miami. Even the F.S.U. press book repeats the phrase “can’t win the Big One,” like a mantra. It’s meant ironically but still reveals an open psychic wound.

In the American League championship, the Twins shrugged off Toronto in a five-game series that for most TV viewers was overshadowed by a sorrier sporting spectacle on Capitol Hill: the Senators vs. the dodger. Truth to tell, the AL snoozathon didn’t need the Clarence Thomas hearings to upstage it; a church social could have done the job. Here, after all, were two teams from above the timber line playing in domed stadiums of spaceship sterility on synthetic carpets that made the games look like Brobdingnagian billiards. Only one contest was close all the way. Only one rooting interest tickled fans’ fancies: seeing the Twins earn their spot in baseball’s unlikeliest finale.

Two rounds later, Douglas returned the punishment, and then some, to Tyson: an uppercut followed by a sturdy combination that felled the champ. Another slow count could not save Tyson. He rose to all fours, grabbed for his mouthpiece and pathetically placed its end between his teeth, like a dazed dog with an old toy. 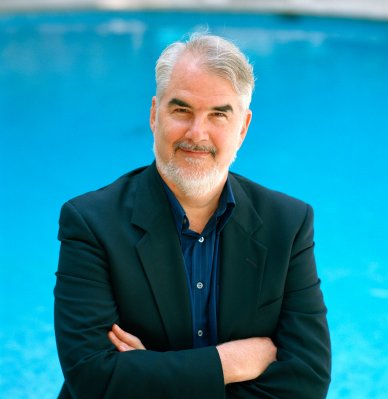 An Appreciation: The Endlessly Curious Richard Corliss
Next Up: Editor's Pick