Serj Tankian of the hard rock band System of a Down performs at Yerevan's Republic Square on April 23, 2015.
Karen Minasyan—AFP/Getty Images
Ideas
By Serj Tankian
Serj Tankian is the lead singer of System Of A Down. All four band members are of Armenian descent.

Performing in Armenia on the 100th anniversary of the Armenian genocide was really electric. It was emotional. We were all a bit nervous before the show, because System Of A Down has never played in Armenia, and it’s our ancestral homeland. We’ve been doing our “Wake up the Souls” tour trying to garner attention and recognition of the genocide and trying to bring justice to the cause. And so it was a big moment. It’s definitely one of the most memorable shows we’ve ever played.

All four of my grandparents were survivors of the genocide. My maternal grandfather ended up in an American orphanage in Greece. He had lost his vision from hunger at one point, was separated from his family, and saw his father and brother killed. My maternal grandmother was saved by a Turkish mayor. I don’t know his name, but those are the Schindlers of the Ottoman Empire who should be hailed as saviors. My grandparents on the other side were saved because they were working on the German railway that connected to Baghdad to Turkey.

Commemorating the anniversary of the deaths of so many Armenians, Greeks and Assyrians is not just about remembering genocide 100 years back. That’s what people need to realize: It’s not an ancient problem. It’s a modern one that still seems to persist because we’re using genocide as political capital in our geopolitics and not really paying attention to humanitarian loss and the damage that we’re doing to each other. Today there is still no effective mechanism for genocide prevention around the world irrespective of the UN genocide convention and multiple organizations dealing with it.

One despot can learn from the atrocities in history and act with impunity unless stopped by the international community. (Adolf Hitler saying, “Who, after all, speaks today of the annihilation of the Armenians?” is a prime example of how he was influenced by the first genocide of the 20th century.) This can happen because the Armenian genocide was never formally recognized, and the perpetrators were never truly brought to justice.

You have the government of Turkey wielding its power and spending millions trying to deny the truth of history. And you have countries like the United States yielding to that power and not using the word genocide. When President Barack Obama was running for president, he promised to recognize the genocide. It’s hypocritical to not use that term now that he has become president. It’s actually offensive to the memory of our victims and to U.S. history itself. (American Ambassador to Turkey in 1915 Henry Morgenthau’s memoirs alone show the genocidal intent of the Ottoman leaders.)

Thursday night before I got on stage I was thinking about my grandparents, how this performance was an homage to their survival. At the beginning of the show our guitarist Daron (Malakian) said: “This is not just a rock and roll show. To our murderers, this is revenge.” I thought that was poignant. We’re still here. We’re still alive. 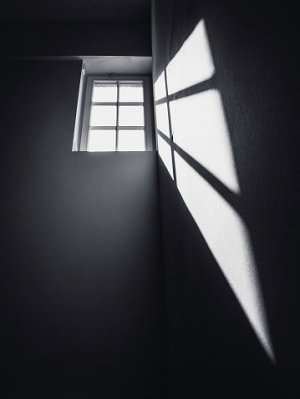 The Day I Discovered My Grandparents Survived a Genocide
Next Up: Editor's Pick