McDreamy2.0
Are those contacts, Dr. Avery? Jackson, the plastic surgeon/trust-fund baby/chairman of the hospital board, played by Jesse Williams, has smoldered with his baby blues since season six. Ascend the hunk throne, Doctor.

McSteamy2.0
Alex Karev (Justin Chambers) could have been a McSteamy replacement back when the original McSteamy (Eric Dane) died in season nine, but he just wasn’t nice enough. As a series original, Karev has gone by Dr. Evil Spawn, Dr. Doucheface and Dr. Jr. Butthole, but with his ever-expanding big heart and increasingly nice personality, he’s earned the McSteamyism.

McSquareJaw
Owen Hunt is actually a Mc something in real life. Kevin McKidd plays the redheaded former Army doctor, who could be a viable love interest for Meredith if he weren’t dating Derek’s sister—but who knows what roads we will travel in Shondaland.

McQuasiRelatedtoStevenSpielberg
Jessica Capshaw, who plays Dr. Arizona Robbins, is Kate Capshaw’s daughter. Not that your real-life relatives should eclipse your talent, since Robbins, a pediatric specialist (who learned extra-super-special skills from a guest-starring Geena Davis this season), is one of our cast favorites.

McQueen
We aren’t talking Kate Middleton’s wedding dress. You can say Grey’s Anatomy is lost without Derek or Meredith, but Dr. Miranda Bailey (Chandra Wilson) is the show’s true north. 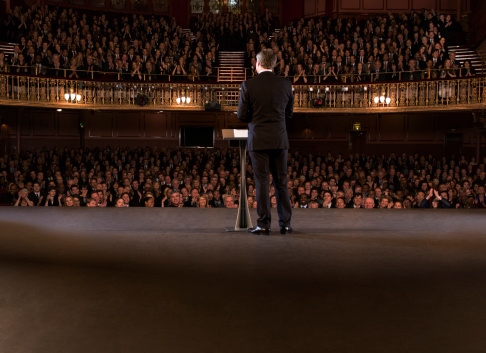 10 Rules to Follow Before Giving a Speech
Next Up: Editor's Pick