Richard Corliss was a jovial, bearish man who was almost always to be found in signature footwear – custom-made sneakers imprinted with the logos of the major Hollywood studios. Can there be such a thing as a rumpled dandy? That would be one way to describe him, his nice mix of informality and urbanity.

Those sneakers used to make me think of NASCAR jumpsuits with corporate logos all over them, with the difference that Corliss wasn’t owned by any of them. He loved movies, but he loved them knowledgeably, judiciously, scrupulously. He could have a fanboy’s enthusiasm for his favorite genres – he was big on Bollywood before Bollywood was cool – but he never checked his brains at the popcorn stand. He was of a generation of critics who disputed cinema the way Lutherans and Papists once faced off over theology. But he was nothing if not a sporting polemicist. He held strong opinions, but he wanted to hear yours, even if — especially if — they differed from his.

Case in point. In 1974, when he was 30, Corliss published his indispensable book Talking Pictures, his definitive study of American screenwriters. (Dedicated, like him, to his beloved wife Mary.) He intended it as a corrective to the rapid rise of the auteur theory and its central belief that a film was almost always chiefly the product of the man or woman who directed it. This may seem self-evident now, when we take for granted that a movie is “by” Stephen Spielberg or Martin Scorsese or Wes Anderson. But in the early 1960s, when auteurism was new to the U.S., imported from France by the great American critic Andrew Sarris, few Americans could name more than a small handful of director-showmen – Alfred Hitchcock, Orson Welles, maybe Otto Preminger. The arrival of Sarris, flourishing his first articles and books, put critics like Pauline Kael on high boil. They thought he was too quick to find profound stylistic and psychological unity in the work of minor directors and to diminish the role of everybody else in what is after all a collaborative art. Corliss, who was open to their points but declined to use them to draw blood, wrote his book to bring the best screenwriters back into the picture. But it was typical of him that the man he invited to supply the introduction was…Andrew Sarris, his friend and former professor. And the book only benefits from the nuanced preface from the very man whose philosophy it sets out to adjust. With Corliss, even earnest controversy was just another big tent.

There was something eternally boyish about Richard, even after he hit 70, and not just because of the sneakers. When he wrote on Time.com most weeks about the box office take for last weekend’s releases, he still seemed like the kid he once was in Philadelphia who used to obsess over major league batting averages. But film criticism isn’t moneyball. It’s a calling that requires judgments where mere numbers may or may not correlate with the quality, nuance, power and, hey, why not, the magic that movies can possess and deliver. Having at his disposal the magnificent resource he once called “that moldy old library of film trivia, my brain,” he was, as a critic, trenchant, vigorous, witty and surprising. His reviews, like his conversations – and he loved to talk almost as much as he loved to write – were free of cant, herd thinking and jargon, full of grace notes, the beau ideal of critical writing. And he was endlessly curious about whatever was coming next. A decade ago, he wrote that “Life is a continuing film education. And I remain a very impressionable lad.” How many of us there are this morning, his countless friends and admirers, who wish he was still here, at the head of the class. 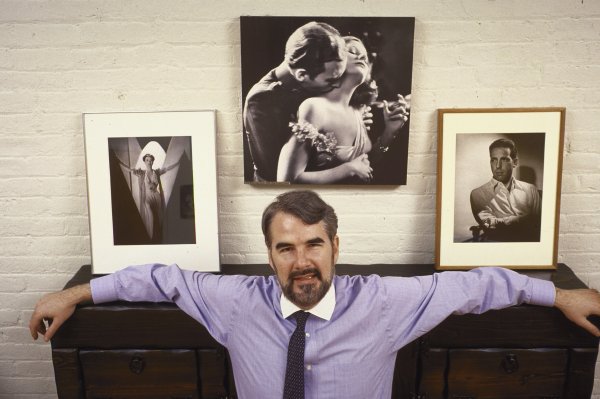