At this time last year, the powerful cable industry seemed to be at the top of its game.

An appeals court, in January 2014, had chucked out the Federal Communications Commission’s latest attempt to establish net neutrality rules, and a month later, in February, the two biggest cable companies in the country, Comcast and Time Warner Cable, announced a massive, $45.2 billion merger.

Meanwhile, the industry’s powerful influence machine, led in part by the National Cable and Telecommunications Association, was working overtime in the nation’s capital. In 2013-2014, the industry spent $33 million on lobbying alone—more than it spent in the entire previous decade—and divvied out millions more in campaign contributions, according to the Center for Responsive Politics. In 2013, Comcast alone spent more on lobbying than any other company in the U.S. except Northrop Grumman, the defense contractor that makes the B-2 bomber.

With those sorts of connections—judicial, monetary, and personal—what could go wrong?

A lot, it turns out. And almost anything that could, did.

Things started getting bad for the industry in late summer, when an unprecedented 4 million people wrote into the FCC to comment on the agency’s proposed net neutrality rules. The vast majority opposed what they saw as an anemic attempt to protect the Internet from manipulation by large cable and telecom companies. Much of the public debate centered on whether a large Internet service provider, like Comcast, should be allowed to collect fees from web companies, such as Netflix, to deliver its content, like “House of Cards,” more quickly and in higher quality to customers.

Obama, who had campaigned 2008 against so-called fast lanes on the Internet, had only hinted that he would prefer to see stronger net neutrality provisions. But by mid-fall, the White House was ready to go to the mat. When Comcast heard rumors that Obama was considering calling for stronger rules, Comcast CEO Brian Roberts pulled out all the stops, calling up Obama’s senior adviser, Valerie Jarrett, and making it clear that Comcast opposed the move, according to the Wall Street Journal. It was no use. A few days later, Obama all but demanded that the FCC propose the strongest possible rules on net neutrality, and three months later, it was done.

Consumer and public interest organizations, and Internet advocates celebrated the FCC’s decision, calling it not only a blow to the cable lobby, but a staggering success for grassroots organizing power.

And the cable industry’s bad year wasn’t over yet. Last week, FCC and Justice Department officials began whispering about major objections to the proposed Comcast-Time Warner Cable deal, which would tie the two largest cable company in the country and give one company control over roughly 60% of all broadband Internet connections nationwide. On Wednesday this week, officials held a private meeting with Comcast and Time Warner Cable executives to express doubt that the deal was “in the public interest,” according to sources briefed about the meeting, and this morning, the companies formally announced that the deal is off.

Again, consumer and public interest organizations, and Internet advocates celebrated the decision as victory for grassroots organizing power. “Big Cable learned the hard way that their lobbyists can’t silence the voice of the people,” crowed Todd O’Boyle, a program director at Common Cause. “Once again this year, grassroots activists spoke out and Washington regulators listened. Comcast’s insider politics can’t beat us when we stand together.”

David Segal of Demand Progress said the strong net neutrality rules, combined with collapse of the merger, “underscores the importance of an engaged public.”

“We like to identify with the underdog,” he added, cheekily, in a statement, “and Comcast’s recent losing streak almost has us feeling sorry for them.” 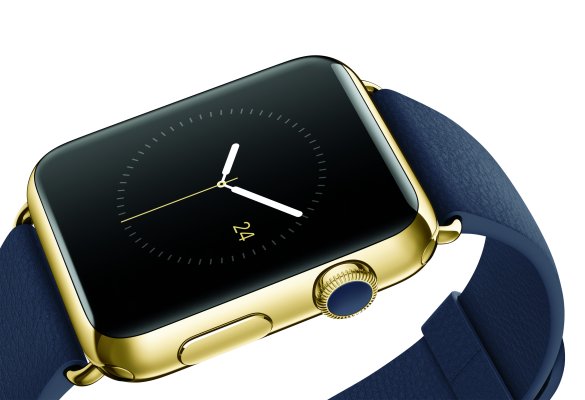 What Sci-Fi Got Wrong About the Apple Watch: Vanity
Next Up: Editor's Pick