Migrants, who are trying to reach Greece, are rescued by members of the Greek Coast guard and locals near the coast of the southeastern island of Rhodes on April 20, 2015.
Argiris Mantikos—Eurokinissi/Reuters
Ideas
By William Lacy Swing / Geneva
William Lacy Swing is the director general of the International Organization for Migration.

Forty years ago this spring, the world witnessed one of the turning points of the Cold War: the closing of the U.S. Embassy in South Vietnam, followed quickly by the panicked evacuation of Americans and their allies from the region and then the tragedy of hundreds of thousands of so-called Boat People fleeing from Vietnam into the South China Sea.

I witnessed this painful denouement as a young Foreign Service officer assigned to the U.S.’s Embassy in Bangui, Central Africa Republic, and, like people everywhere, I was horrified by the tales of poor men, women and children risking everything in rickety crafts. That they also were subjecting themselves to fearsome typhoons and other natural perils, as well as the predations of pirates hunting them as prey, raping women and girls, and robbing them of whatever savings they carried, made this period especially tragic.

That tragedy now seems uplifting compared with what we are witnessing today on the Mediterranean. A tide of death is surging on Europe’s doorstep, yet this time the world’s reaction is abominable. Forty years ago our leaders pulled together to help migrants in dire straits. Today the sight of migrants in distress is pulling our leaders apart.

The Mediterranean Sea, the world’s most lethal migrant zone, swallowed 3,279 lives in 2014, a number we may well consider a mere fraction of 2015’s death toll, if current trends continue.

I am speaking of the month of April, still not over, when over 1,000 migrants have been reported missing and presumed drowned. That’s about 20 times the number the International Organization for Migration, the agency I direct, recorded by this time last year. We are alarmed at that statistic — and horrified.

Just this month, IOM has fielded reports of 400 migrants dead in a capsizing on April 14 south of Malta; 50 more on April 17 near Lampedusa, and as many as 800 lives likely lost just off the coast of Libya, only a week ago. Meanwhile survivors of these terrifying voyages tell tales of abuse, torture and deprivation no human being should be forced to withstand. This month gangs reportedly put to sea more than 20 burn victims — one a six month-old baby girl — after a cooking fire swept through a Libyan “safe” house where smugglers were holding migrants before an upcoming voyage. On board one of their craft was a 21st burn victim, found dead.

And yet, while we applaud the decision yesterday by the E.U. to once more put saving lives at the top of their priorities, for too long the world has seemed paralyzed in its response.

Compare this present situation to what was happening 40 years ago. In the late 1970s, when 50,000 or more migrants fled Vietnam and Cambodia for the open sea, the world reacted swiftly. Resettlement efforts carried many of those seeking settlement to safety, first in Thailand, and then the far corners of the world. On the high seas, search and rescue missions operated round the clock. Commercial vessels, too, were encouraged to make rescues, with many ports giving ships bearing rescued Boat People special entry, often waiving paperwork that would have made delivering rescued migrants time-consuming and expensive for shipping companies. Eventually, hundreds of thousands of evacuated Vietnamese, Cambodian, Lao and Montagnard migrants found haven across the U.S., Many also found new homes in France, Australia and parts of Asia, even South America.

Nothing like that is happening with today’s generation of Boat People. Instead of seeking havens for the thousands of Africans and Middle Easterners risking their lives to cross the Mediterranean, too many countries are looking for excuses to turn these migrants back. We must act. And we must ask: What do we want from a migration policy? The simple answer is, something that benefits the migrants seeking to enter as well as the countries that receive them — or what in management parlance is called “a Win-Win.”

Sadly what we have today is the absence of a coherent migration policy, is the opposite: a Lose-Lose. The sad losers, of course are the unfortunate migrants shamefully perishing in the waters or deserts each year by the thousands. Also losing are the citizens and their elected representatives, who watch helplessly as their laws and regulations are flouted by the hundreds of thousands of irregular migrants who do manage to enter Europe, despite the danger. Last year almost 3,500 migrants drowned trying to enter Italy, Greece and Spain by sea — but more than 219,000 survived the voyage. If you do the math, that’s a 94% success rate.

In other words, for all the wasted human life, even these dangers won’t stop migrants from coming. Chance of success simply is too high, and the rewards of that success are simply too great.

This is madness. Many of these migrants already qualify under existing law for asylum or temporary resettlement as refugees. Many who don’t — economic migrants seeking jobs — could come and go under temporary work visas or similar arrangements that would allow them to work in the jobs that are available and cannot be filled otherwise – this would also prevent them from bringing their families with them and avoid the high costs for hosting countries. Employers would get the labor they crave for seasonal harvests and countless other jobs; the specter of needless deaths at sea would cease.

The only way to turn the current lose-lose into a win-win is to manage the migrant flow sensibly in pragmatic fashion. The time to act is now. 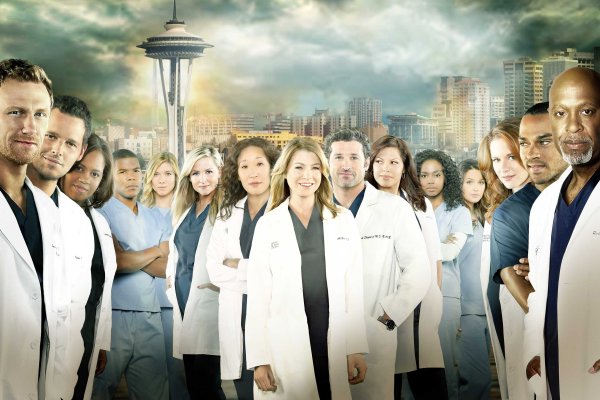 Mc-Reconsidering Grey’s Anatomy Without Derek Shepherd
Next Up: Editor's Pick