China Has Reason to Be Worried About North Korea's Nukes

In the U.S., North Korea often feels more like of a punchline than a political threat. Coverage of the country skews heavily toward humor, whether it’s news stories about Kim Jong Un’s gravity-defying hair, or Hollywood films that milk North Korean misery for laughs. Have you heard the one about Pyongyang’s weapons program? North Korea’s nuclear missile is almost ready—just a few more trips back to Radio Shack. (Thanks for that, Twitter.)

In East Asia, North Korea is less of a joke than a policy imperative—as we were reminded this week. Reporting published Thursday by the Wall Street Journal suggests that China may be worried—or more worried than normal—about North Korea’s nuclear weapons program. Citing “people briefed on the matter,” the paper reported that Chinese experts privately advised American nuclear specialists that Pyongyang may have up to 20 warheads, as well as enough weapons-grade uranium to double that number within a year.

If the figure is indeed accurate, or even close, it is significant for several reasons. First, the figure—20—is considerably higher than recent U.S. estimates, which put the number of warheads in the 10 to 16 range. Second, the revised estimate is reportedly based on China’s belief that North Korea has improved its capacity to enrich uranium. This, if true, would make it easier and faster for them to build-out their arsenal, potentially allowing them to produce up to 20 new warheads per year.

It is hard to say if the number is accurate—we don’t know how the intelligence was gathered and it is an estimate to begin with. What’s perhaps more significant to the non-nuclear scientists among us is the fact that it could put the North Korea nuclear question back on the agenda in the United States. Several U.S. publications, including the WSJ’s editorial board, are already using the news to critique Washington’s approach to the issue, and to compare the handling of nuclear weapons in Iran and North Korea. Will the threat gain currency heading into 2016?

It also puts the spotlight on China. U.S.-based observers have a habit of underplaying—or outright forgetting—China’s role in all this. In May 2014, the foreign press was aflutter over reports leaked to Japanese media that appeared to outline China’s planned response to a North Korean collapse. South Korea and China-based observers were hardly surprised. Of course the Chinese government and the People’s Liberation Army have contingency plans in the event of something going very wrong across the Yalu River. China is North Korea’s neighbor. It knows that a problems in Pyongyang will likely spillover.

And this is an interesting time for Sino-DPRK ties. North Korea and China were once brother-at-arms, as close as lips and teeth, as Mao famously said. They fought together in the 1950-1953 Korean War and China has long been considered Pyongyang’s only real ally. (That may change as Putin’s Russia cozies up.) Trade with China, both official and unofficial, has helped keep the Kim regime afloat amid escalating rounds of sanctions. The last thing China wants is destabilizing conflict, or, worse, a collapse that could send North Koreans streaming to the border—or so the thinking goes.

This latest wrinkle reminds us that China is also very much concerned with nuclear weapons, especially nuclear weapons in the hands of a blustery young dictator that they don’t quite trust—and, that this is an area where China, the U.S., and South Korea could find common ground. Will they make it a diplomatic priority going forward? Or will North Korea have the last laugh? 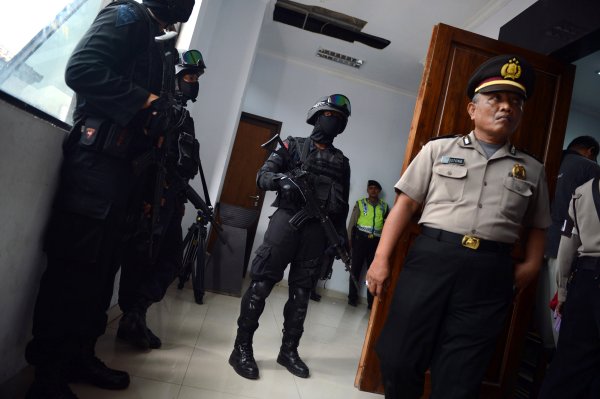