Microsoft Looks to the Cloud as Sales of Windows Tumble

It used to be that software giant Microsoft could count on its flagship Windows operating system as a big contributor to its bottom line. With Windows bundled on millions of new personal computers, the company could count on a lot of easy money to basically activate the pre-installed software.

But, as reflected in its latest earnings report, Microsoft is feeling the sting of consumers shifting away from PCs, which cuts into the company’s lucrative licensing business model.

Indeed, while the company’s overall sales grew to $21.7 billion for the past quarter from $20.4 billion during the same period last year, its Windows licensing business has taken a hit. Revenue from the business version of Windows dropped 19% while the Windows consumer edition fell 26%.

So what’s picking up the slack? The answer is that nebulous term known as the cloud, which generally refers to companies using their own data centers to provide computing, networking and storage power to others.

For Microsoft, this means not just the computing and infrastructure-related services it sells through Azure, the name of its cloud service. But also products that Azure powers like the Office 365 product suite, analytics services for companies that want to crunch numbers, and even an e-discovery service—a new business line for Microsoft tailored for lawyers who need to sift through thousands of corporate emails for evidence, for example.

During an earnings call with investors, Microsoft CEO Satya Nadella downplayed the decline of Windows licensing sales and instead touted the company’s burgeoning cloud business, which more than doubled in sales from the previous year and now has an annualized revenue run rate of $6.3 billion.

Nadella sees Microsoft’s cloud business as a big contributor to the company’s revenue and a way to open up new markets. For example, Nadella said that selling Office 365 via the cloud means that consumers and small businesses without the sophisticated IT of big corporations can buy more sophisticated versions of the product that would otherwise require complex infrastructure to operate.

And once a company buys into one of Microsoft’s cloud services, Microsoft can then use it as a foothold to sell them additional products.

Of course, Microsoft isn’t alone in this line of thinking. Rival cloud providers like Google and Amazon Web Services have all been busy over the past year creating new cloud services powered by their massive data centers to land more customers.

What used to be a war between the cloud giants over which one could provide customers with data center storage at the lowest possible price has been steadily morphing into which cloud provider has the best services that companies can tap into. So while Microsoft has been losing cash when it comes to Windows and the old software licensing model, it’s steadily making that up by selling access to its data centers and the software services built on top.

But with Amazon, Google and even IBM seemingly doing the same thing, it’s not going to be a piece of cake for Microsoft to come out on top. 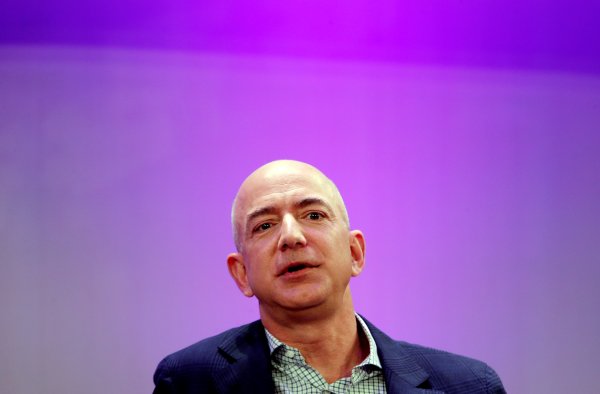 Amazon Web Services Is a $5 Billion Business
Next Up: Editor's Pick