'A Moratorium on Human Gene Editing to Treat Disease Is Critical'

It has been just over a half-century since scientists solved the structure of DNA, and since that time, we have been fascinated by what the DNA encodes, how it is passed on from one generation to the next and what makes each of us unique. Technologies to introduce DNA changes have been used to study the function of genes and the proteins they encode, to identify genetic causes of disease and to develop better ways to treat them. Now, new research describes the editing of genes in human embryos—CRISPR-cas9—raising questions about the science, the implications and the ethics.

The research utilizes recent technologies that allow us to make precise, targeted changes to a DNA sequence. These technologies have proved remarkable in their ease-of-use and have become quickly adopted by researchers around the world to introduce or correct changes in gene sequences in a wide range of cell types.

These recent developments have piqued the imagination of scientists and the public alike, and there is much speculation about what comes next. Some have suggested the new technology will allow researchers to “fix” defective genes, so inheritable diseases are not passed to the next generation, while others have raised worries about the creation of “designer” babies.

In my role as president of the International Society for Stem Cell Research (ISSCR), a nonprofit group comprised of nearly 4,000 researchers, clinicians and ethicists from over 50 countries, I have been part of a diverse, global and ongoing dialogue about the complex scientific, societal and ethical issues surrounding germline modification technologies in humans. Following these broad discussions, the ISSCR recently issued a statement calling for a pause in attempts at gene editing technologies in early human embryos, or egg and sperm that are brought together with the intent to generate a baby, to allow for more extensive analysis of the potential risks of genome editing and for broad public discussion.

This statement is not intended to dampen excitement about the foundational research or clinical applications underway involving the modification of non-reproductive cells, rather to recognize the important scientific, as well as broad social and ethical considerations that arise when introducing genetic changes that are passed on to the next generation.

The scientific community has an obligation to think about the implications of their work and to engage the public and regulators in discussions around the science, its potential and limitations. We must ask ourselves and others tough questions: Even if we could safely modify the inheritable DNA in an embryo, egg or sperm, should we? In what scenarios might this be justified? How can we be assured that the technologies will not be abused? How do we maintain an openness with the public such that they understand and support the scientific community in their quest to improve public health?

Until we have addressed these complex questions, a moratorium on any clinical application of gene editing in human embryos is critical.

As we deliberate, we need continued laboratory research to enhance basic knowledge and to better understand the safety issues associated with human genome editing technologies. As in other areas of human stem cell research, the ISSCR and other groups advocate strongly for responsible and transparent practices, urging researchers worldwide to open their research to scrutiny.

The details of the most recently published research, which itself highlights serious technical challenges to editing the germline nuclear DNA for medical purposes, are less important than the dialogue it has generated. The scientific community appreciates the public’s interest in stem cell research and the opportunity to discuss openly the scientific, ethical and societal issues we consider each and every day. 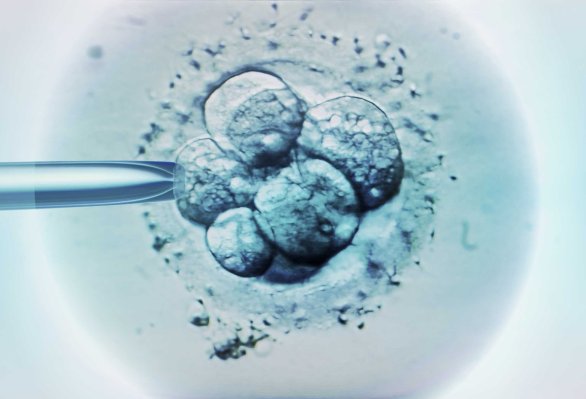