A group of Native American actors say they walked off the set of a new Adam Sandler movie for Netflix on Wednesday after taking issue with the script they deemed as offensive.

The actors, who were reportedly joined by the movie’s Native American cultural advisor, left after complaining about The Ridiculous Six costumes, which they say were stereotypical and inaccurate, and character names, which they say included “Beaver’s Breath” and “No Bra.” The movie is a spoof of the 1960 Western The Magnificent Seven.

“There were about a dozen of us who walked off the set,” Loren Anthony, one of the actors, told Indian Country Today Media Network. “I was asked a long time ago to do some work on this, and I wasn’t down for it. Then they told me it was going to be a comedy, but it would not be racist. So I agreed to it but on Monday things started getting weird on the set.”

Both Anthony and another actress, Alison Young, say that when they complained, producers told them the disrespect was unintentional but that the film was a comedy and the actors could leave if they were upset.

In a statement to Vulture, a Netflix spokesperson said: “The movie has ridiculous in the title for a reason: because it is ridiculous. It is a broad satire of Western movies and the stereotypes they popularized, featuring a diverse cast that is not only part of—but in on—the joke.” 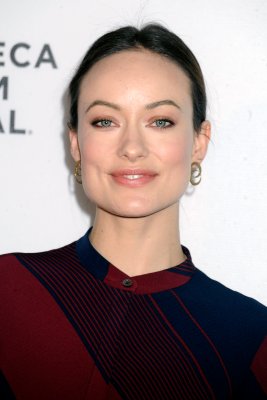 Olivia Wilde on Celebs and Social Media: 'The Nature of Society Has Changed'
Next Up: Editor's Pick