Ahead of the Wonder Woman movie, set for 2017, DC Comics has teamed up with Mattel on a new initiative focused on reaching young girls. Beginning this fall, the two will create teen versions of DC’s most famous female characters—from Wonder Woman to Supergirl—and bring them to comic books, action figures, LEGO building sets, TV specials, digital content and apparel for children aged 6-12.

The move is part of an ongoing effort by DC and rival Marvel to broaden their fan base, especially as their studio branches face accusations of sexism.

Responding to the demands of a growing female audience—47% of comic books fans are women, according to Comics Beat—Marvel has made headlines the past two years for re-imagining their most popular heroes as women. A woman took up Thor’s hammer last year. The Spider-Man writers created an alternate universe in which Peter Parker’s girlfriend, Gwen Stacey, is the one who gets superpowers from a radioactive spider and becomes Spider-Gwen. And they launched a new all-female Avengers-like comic called The A-Force. For its part, DC revised Batgirl last year to appeal to more female readers and launched a new young adult title Gotham Academy.

“DC Super Hero Girls represents the embodiment of our long-term strategy to harness the power of our diverse female characters,” said DC Entertainment President Diane Nelson in a statement. “I am so pleased that we are able to offer relatable and strong role models in a unique way, just for girls.”

Still, there’s no guarantee that DC diversifying its comics means we’ll see these ladies on the big screen anytime soon. DC and Marvel have female superhero films planned for the next few years, beginning with Wonder Woman for DC in 2017 and Captain Marvel for Marvel in 2018. But both franchises have encountered their fair share of controversy. Just today, actors Chris Evans and Jeremy Renner of Avengers: Age of Ultron, a series Captain Marvel might very well join, called Scarlett Johansson’s Black Widow a “slut” and a “whore” during an interview. Black Widow is currently the most well-known female character in Marvel’s cinematic universe, and the backlash online was swift. Fans wondered if Captain Marvel writers Nicole Perlman and Meg LeFauve will encounter the same sexist attitude while working on their script.

Meanwhile, DC and Warner Bros. came under fire last week for the Wonder Woman film. Director Michelle MacLaren, who would have been the first woman to direct a major superhero film, left Wonder Woman citing “creative differences.” The vague excuse led to accusations of sexism: Though there have been almost 50 superhero movies in the last decade, none have been directed by a woman. Warner Bros. quickly hired Patty Jenkins—who was originally supposed to direct Thor 2 but left over, you guessed it, “creative differences”—to replace MacLaren.

It was these sorts of sexist issues that drove smaller toy makers to create their own female action figures before DC entered the market. Last Christmas a successful Kickstarter campaign launched the IAmElemental action figures for girls designed to look powerful, not sexual (like, for example, Barbie). “The few female action figures that are on the market are really designed for the adult male collector,” Dawn Nadeau, co-founder of IAmElemental told TIME last year. “The form is hyper-sexualized: The breasts are oversized; the waist is tiny. When you make the figures sit, their legs splay open in a suggestive way.”

Now DC hopes their new characters can similarly act as a powerful role model for girls.

Whether DC’s new characters can similarly act as a powerful role model for girls has yet to be seen. 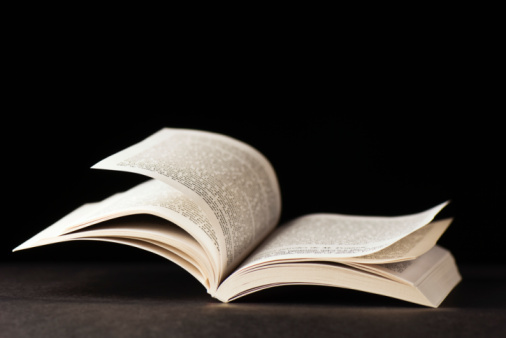 The Serious Business of Pulp Fiction
Next Up: Editor's Pick