Freddie Gray Was 'Folded Up Like a Crab,' Witness Says

A child watches a protest march for Freddie Gray as it passes by April 22, 2015, in Baltimore. Gray died from spinal injuries about a week after he was arrested and transported in a police van.
Patrick Semansky—AP
By Josh Sanburn

A Baltimore man who filmed the arrest of Freddie Gray, the Baltimore man who died from a spinal injury after being detained by police, says he witnessed officers placing their heels in Gray’s back and having him “folded up like a crab.”

Several videos have now emerged showing the arrest of the black 25-year-old, which has once again focused national attention on police use of force following a series of earlier incidents in Ferguson, New York City, Cleveland and North Charleston, and has sparked protests around Baltimore.

According to the Baltimore Sun, Kevin Moore, who lives in Gilmor Homes, a Baltimore housing complex where Gray was arrested, filmed part of the incident in which Gray can be seen screaming while two officers have him handcuffed and pinned to the sidewalk.

“They had him folded up like he was a crab or a piece of origami,” Moore told the Sun. “He was all bent up.” Moore says one officer had his knee in Gray’s neck and that Gray was telling them he couldn’t breathe and needed an asthma pump.

A police report of the incident said Gray was detained without use of force on April 12, but authorities have so far provided little detail on how Gray came to be fatally injured. He died on Sunday a week after his arrest.

The six officers involved have been suspended with pay pending an investigation by the police department, which will be released May 1. The Department of Justice has also opened an investigation. 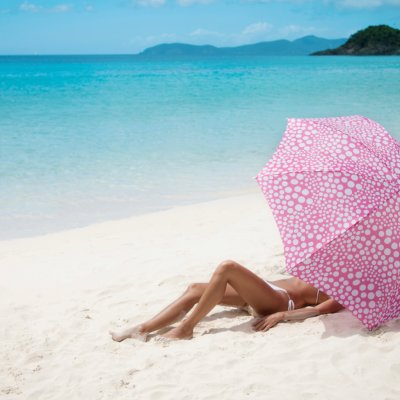 This Los Angeles Neighborhood Is Fighting to Allow Topless Sunbathing on Its Beaches
Next Up: Editor's Pick