Avengers: Age of Ultron Stars Under Fire for Calling Scarlett Johansson's Character a 'Slut' and 'Whore'

A Digital Spy UK interview with Avengers: Age of Ultron stars Jeremy Renner and Chris Evans has sparked controversy because the actors called Scarlett Johansson’s character Natasha Romanoff—aka spy/assassin/agent “the Black Widow” in the Marvel universe—a “slut” and a “complete whore” when the interviewer asked what they thought of fans’ expectation that she’d end up with one of them.

Some fans have called the remarks sexist, while others maintain they were just being sarcastic. A glimpse of the Twitter reactions:

The Chris Evans/Jeremy Renner joke about Natasha being a whore and just a flirty sidekick made me cringe. Gross.

2 men calling a woman a slut and whore is sexist. Jeremy Renner and Chris Evans made a sexist joke. Intent does not erase impact!

here is my opinion on the chris evans/jeremy renner interview: all your white male faves will betray you eventually, nothing good can last

Chris Evans apologized for the remarks in a statement: “Yesterday we were asked about the rumors that Black Widow wanted to be in a relationship with both Hawkeye and Captain America. We answered in a very juvenile and offensive way that rightfully angered some fans. I regret it and sincerely apologize.”

Jeremy Renner also released a statement: “I am sorry that this tasteless joke about a fictional character offended anyone. It was not meant to be serious in any way. Just poking fun during an exhausting and tedious press tour.”

Read next: Under Armour ‘Avengers’ Gear Lets You Dress Up Like Iron Man or Black Widow 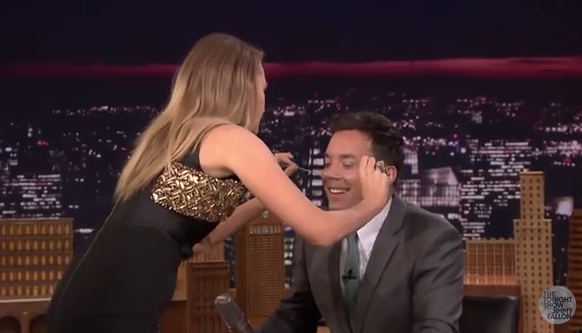