A youngster walks past a parking structure that collapsed during Sunday's 6.0 earthquake in Napa, California August 25, 2014
Robert Galbraith—Reuters
By Kevin McSpadden

Some 143 million Americans in the Lower 48 states are at risk of experiencing an earthquake — with 28 million being in danger of “strong shaking,” scientists claimed on Wednesday.

In a press release, researchers attributed the record numbers to both population migration, with ever more people moving to earthquake hot-zones on the West Coast, and a “change in hazard assessments.”

The data nearly doubles the 1994 FEMA estimation of 75 million Americans who could potentially experience tremors during their lifetime, according to a collaborative study from researchers at the United States Geological Survey, FEMA and the California Geological Survey.

The new report also calculated the potential financial loss from damages to buildings like schools, hospitals and fire stations. They said the average long-term cost is $4.5 billion per year with 80% of total being concentrated in California, Oregon and Washington.

“While the West Coast may carry the larger burden of potential losses and the greatest threat from the strongest shaking, this report shows that the threat from earthquakes is widespread,” said Kishor Jaiswal, the researcher who presented the findings.

Researchers identified 6,000 fire stations, 800 hospitals and nearly 20,000 schools throughout the Lower 48 they deemed “may be exposed to strong ground motion from earthquakes.” 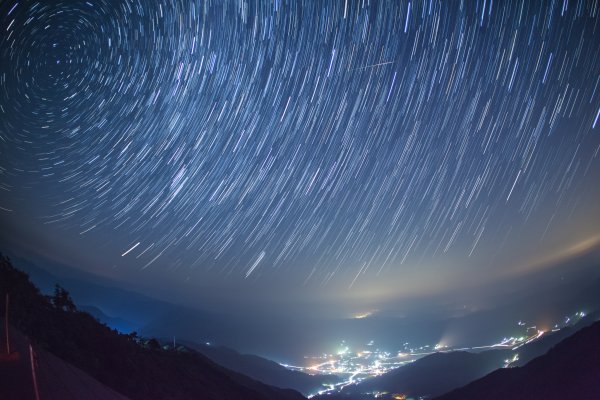 Watch Live: The Lyrid Meteor Shower
Next Up: Editor's Pick