Melanie and Vanessa Iris Roy of Charlotte, North Carolina, are becoming Web sensations thanks to a touching maternity photo.

This year, the lesbian couple shared a side-by-side photo of their pregnancies on Melanie’s Instagram, according to The Huffington Post. The sweet shots, which were taken a year apart, both feature the pair sharing a smooch on the beach, but include one big difference: who’s pregnant.

In the first picture, taken in January 2014, Vanessa Iris is pregnant with the couple’s son Jax, who makes an appearance in the next shot. In the January 2015 photo, it’s Melanie who has the big belly and black bikini top, carrying the pair’s daughter Ero.

The couple posted the shot, along with several others from Melanie’s pregnancy, to Instagram at the beginning of the year, but the comparison picture didn’t start going viral until April, when it was shared by several LGBT advocacy sites. The response to the photo, which has received over 150,000 likes on one Facebook post, has been overwhelmingly positive.

“It’s crazy to see that people were referring to my family as an inspiration. We are still in complete shock,” Melanie told The Huffington Post.

The Roys hope the success of their maternity moment encourages other lesbian couples to share the joy of pregnancy.

“The woman’s body is incredible. The way it creates and grows another human being is amazing. We hope that our picture is that sign that some women may need to encourage them to carry a child,” Melanie said.

Melanie and Vanessa Iris have continued to share their precious motherhood moments online as they work together to raise two bundles of joy. 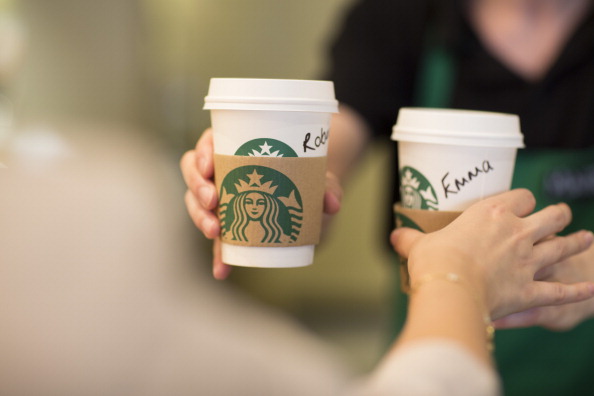 This Site Predicts How Badly Your Barista Will Misspell Your Name
Next Up: Editor's Pick