Australia's Immigration Minister Has Been Accused of 'Torturing' a Refugee Girl

Australian Immigration Minister Peter Dutton has been accused of mentally torturing a 5-year-old girl by keeping her in a detention center for asylum seekers on the Pacific island of Nauru.

The child has been diagnosed with posttraumatic stress disorder (PTSD) because of her experiences in detention and has reportedly begun showing sexualized behavior, according to a Save the Children report cited by the Australian Broadcasting Corporation.

Currently, the girl is being held with her parents in Darwin, where her father is receiving medical treatment, but she will be moved back to Nauru once her father recovers.

“The minister is torturing this little child and I don’t use those words lightly,” Senator Sarah Hanson-Young, a lawmaker for the Green Party, wrote to the minister. “We know that the detention has caused these issues for her. Her mental health has deteriorated.”

Some 900 asylum seekers live in squalid conditions in detention on the island nation of Nauru, where they wait for their claims of asylum to be processed. Reports of physical and sexual abuse are common among the women and children housed there.

In a reply, Dutton called Hanson-Young’s remarks “repugnant” and claimed that “1,200 people died at sea while the Greens were in government with Labor.”

Lawyer John Lawrence is planning action in the Federal Court on behalf of the family to prevent them from being sent back to Nauru. 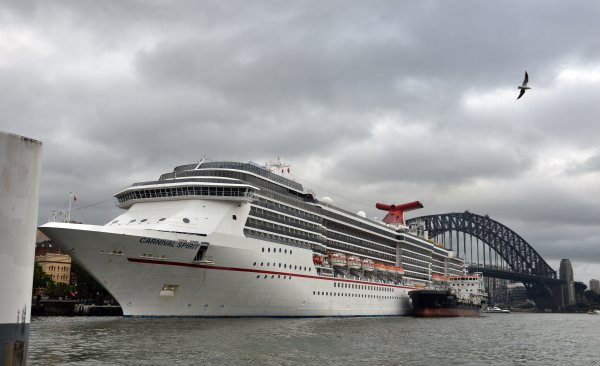 Cruise Ship Stranded for 24 Hours Amid Storms
Next Up: Editor's Pick