Iris Is a Surprisingly Warm Look at a Top Fashionista

The late documentarian Albert Maysles, who died in March at age 88, was best known for his 1976 cult classic Grey Gardens. Made with his brother David, Grey Gardens has lived on in the public imagination thanks largely to one of its subjects, “Little Edie,” a lost cousin of Jacqueline Kennedy living in a crumbling mansion and sustained solely by optimism. With a posthumously released work, Iris, Maysles follows another staunch character, and one whose likable oddity buoys the film.

Iris follows Iris Apfel, a 93-year-old legend within New York social circles. (She’s four years younger than Edie would have been today.) Her money derives from running a textile firm that outfitted the White House, but her fame, such as it is, stems from her magpie-like eye for accessories: The more, we see in a series of extraordinary shots that open the film, the better. Maysles documents, with no condescension, a period of Apfel’s life in which there’s not much extraordinary happening: We see her selling her Home Shopping Network line, visiting a swap meet, delivering a how-to-accessorize tutorial at low-cost store Loehmann’s, and kibitzing with her husband. Amidst it all, there’s plenty to delight the eye: Topped off with an owlish pair of thick-framed spectacles, Apfel cuts an intriguing figure, whether dressed up or, as in interview segments where she’s wearing an embroidered denim Mickey Mouse shirt, dressed down.

That gets to the heart of Iris’s great intrigue: Its subject is adored by fashionistas whose rules of order she simply chooses not to acknowledge, and followed by a documentarian she treats with frank casualness. The best recent look at the world of fashion, the 2007 inside-Vogue documentary The September Issue, got its charge from the fact that powerful women’s-magazine editors seemed, at moments, paralyzed by indecision. By contrast to this neurotic rule-following, Apfel seems emboldened by her long-ago decision to style herself exactly how she likes. At the film’s start, she’s wearing (along with her many, many bangles, procured from who-knows-where) a pair of dark jeans: They’re inspired, she says, by the fact that she’s always loved what railroad conductors wear.

In that self-defining oddity, Apfel evokes Little Edie, although the differences are instructive. Little Edie craved Maysles’s camera, and its attention; Apfel, by contrast, seems bemused by the notion that anyone would make a documentary about her. She’s warmingly eager to share the spotlight with just about everyone around her, to the simply dressed young woman at Loehmann’s whom she calls “very Vogue-y” to her husband, whom simple scenes at home make clear that she plainly adores. To Apfel, buying clothes and jewelry is both an indulgence (albeit one practiced surprisingly infrequently—she says she wishes she could shop once a week) and an act of generosity. Why not make oneself as interesting-looking as possible, for the benefit of all who might pass by? After all, as she says, fashion is going down the tubes these days, with “no sense of history and no curiosity about anything.” In all senses of the world, Apfel is a curious woman.

Little happens in Iris; small moments are drawn-out, and we get a frankly too-slow tour through her baroque living quarters (which feature a stuffed Kermit the frog riding a large flightless bird). But the film exists as a document both of a witty, good-natured society fixture and of a very particular moment in history, one in which a textile merchant could find herself at the center of a major American industry simply because she was willing to do her own thing. Little Edie had to wait until after Grey Gardens came out to have her moment in the sun. Apfel has, through trying not herself and not a star, been fascinating a small circle of people for years, and, at 93, she deserves what will be her largest audience yet. 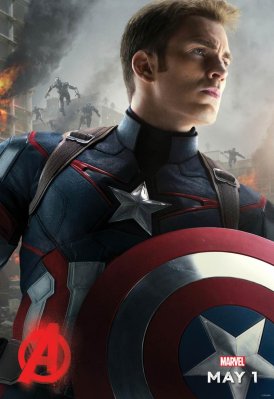 The 2-Part Avengers: Age of Ultron Sequel Will Take 9 Months to Shoot
Next Up: Editor's Pick