Bikram yoga may not be as safe as yogis believe, a new study suggests.

The study, sponsored by the American Council on Exercise and published in the Gundersen Medical Journal, showed practicing yoga in a hot room can raise internal temperatures and heart rates to levels that may be dangerous for some people.

“The dramatic increases in heart rate and core temperature are alarming when you consider that there is very little movement, and therefore little cardiovascular training, going on during class,” said study author Emily Quandt, a researcher working under John P. Porcari at the University of Wisconsin—La Crosse’s Department of Exercise and Sport Science, in a statement.

Bikram yoga is usually 90 minutes long and is practiced in a room that is 105° F with 40 percent humidity. To understand what impact this has on the body, the researchers looked at 20 healthy volunteers between the ages of 28 and 67. All the men and women regularly practiced Bikram yoga. At the start of the study, the men and women swallowed a core body temperature sensor, and wore a heart-rate monitor during their class. Their core temperature was recorded before the class started and then every 10 minutes. Heart rate was recorded every minute. The men and women also had their rate of perceived exertion (RPE) assessed at the end of the class.

The researchers found that many of the volunteers’ core temperatures reached higher than 103° F. One man in the study had a core temperature that was over 104° F. None of the men or women had symptoms of heat intolerance, but the researchers note that heat illness and heat stroke can happen when core temperatures reach 104° F. “Although there are potential benefits associated with practicing Bikram yoga, the potential for heat intolerance among some students, including those who may not yet be acclimatized to the heat, should not be entirely overlooked,” the study authors wrote. 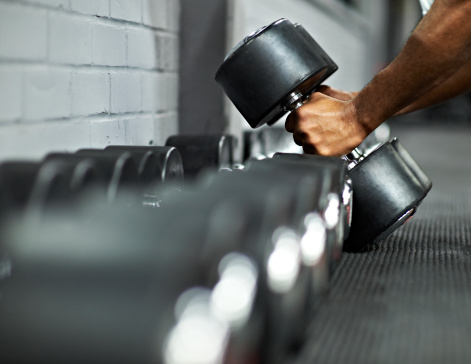