What Sci-Fi Got Wrong About the Apple Watch: Vanity

Apple
Ideas
By Janet Vertesi
Janet Vertesi is Assistant Professor of Sociology at Princeton University, where she is a Faculty Fellow at the Center for Information Technology Policy.

James Bond had one. So did Maxwell Smart and Captain Kirk. Science fiction is littered with examples of heroes and villains barking orders into their wrists or pressing the right combination of tiny buttons to save the day. These science-fiction smart watches may have mastered communication in space and teleportation physics, and opened the door to the bad guy’s lair. But the Apple Watch, released today, reminds us that there is one thing they all got wrong: the role of conspicuous consumption.

Conspicuous consumption is the idea that our purchasing decisions are not about necessity but instead are part of how we manage our identity. We all like to buy products with messages that say something about our preferences and ideals. But sociologists will also tell you that managing other people’s impressions of us can be equally important. So while shopping at Whole Foods makes you feel as if you are eating healthily, supporting the environment and participating in an upper-middle-class lifestyle, carrying a Whole Foods bag down the street makes others think those things about you. That can make all the difference.

I was thinking about this when I visited an Apple store last week. The Apple Watches were on display in a well-lit table like a jewelry case. Salespeople were encouraging visitors to try them on and place preorders. I played with a demo watch too. In terms of functionality, it doesn’t do much that my Pebble smart watch doesn’t already do. Why go to Whole Foods, I wondered, when the corner grocery down the street has equally good produce at half the price?

Then I overheard a young family at a display case nearby. A boy of about 11 was pointing to the different models. “That’s the $12,000 one,” he declared, while his family nodded. They seemed less impressed with the fact that a watch cost $12,000 than they were with the fact that their son recognized it on sight.

That is how conspicuous consumption works. As the Apple Watches ship across the U.S., you too will start to notice not just who has one but which one they have. Is it the “sport” version or the “gold” version? They all work the same way, but they have different implications for how we think about one another.

Skeptics will say that moving into this marketplace required a luxury price tag. After all, watches are already the classic conspicuous-consumption product. No wonder Apple hired Angela Ahrendts, the chief executive officer who transformed Burberry into a global luxury brand, as senior vice president. Last year it poached a vice president from Tag Heuer, a Swiss company that knows a thing or two about high-class watches.

We also know that iPhone ownership is more closely associated with socioeconomic position in the U.S. Apple devices in general have been accused of using high price points to sell computers, phones and tablets that look and feel luxurious, despite the technical superiority of other models. Apple says charging more for hardware means that it doesn’t need to sell user data for profit. This is a laudable practice as long as it lasts, but it still means that in order to opt out, you need to be able to afford an Apple machine.

Since people have been buying $1,000 Rolexes for years, why does it matter which watch we choose? According to anthropologist Laura Watts, the rhetoric associated with smart watches, unlike most other watches, is extremely powerful. As more and more technology companies move into the wearable market, we are told that they will revolutionize the world, open up new horizons to the underclasses, transform health care and infuse our lagging economies with new vitality.

In reality, adoption of consumer-driven devices can only feed a cycle of inequality. If the future is here, who can afford it? If only some of us can, then whose future is it?

What our science fiction got wrong is that these new devices that power the future would not be sunk into the background, hardworking and unremarkable. They would be consumer technologies. Their very ownership would say something about the person or company that bought them. 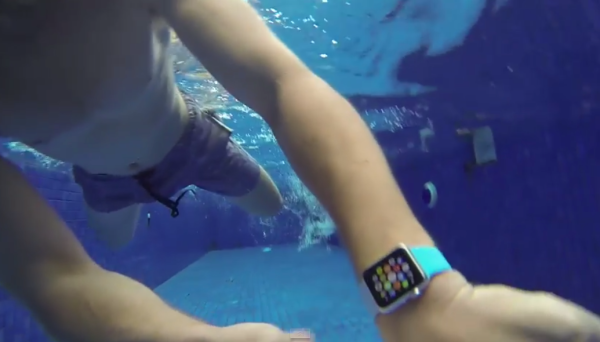 Is the Apple Watch Sport Waterproof? Here's a Test
Next Up: Editor's Pick