Anyone who knew the title of Wednesday night’s season finale of The Americans might have guessed that a particular Ronald Reagan speech might make an appearance. After all, “March 8, 1983” — the title of the episode — was also named by TIME, in 2003, to a list of the 80 days that changed the world.

That was the day on which President Reagan, speaking before the National Association of Evangelicals, delivered what is known as the evil-empire speech.

It was a time of potential change in the history of the Cold War, as advocates of a nuclear freeze or of nonintervention in countries like El Salvador, where a civil war was under way, were turning away from some of Reagan’s hard-line policies. The President took the opportunity of speaking in front of a religious audience to reiterate his belief in the existence of good and evil in the world, and that the U.S. and the Soviet Union were firmly located on opposite sides of that line. The USSR was the evil empire, and in that context, no hard line was hard enough.

At first the speech seemed to have backfired. That April, TIME noted, “Public-opinion polls showed that confidence in Reagan’s handling of foreign and defense policies had actually fallen during his monthlong hard-sell campaign on behalf of those policies” and that some White House officials called it his “Darth Vader speech.”

But, in the end, Reagan got what he wanted: the end of the empire in question.

In an earlier draft of the speech, noted TIME’s Romesh Ratnesar in explaining the speech’s inclusion on that 2003 list, Reagan had distanced himself from the strong language of good and evil. The version he ended up delivering, however, did anything but hedge — and that made all the difference:

Read original March 1983 coverage of the speech, here in the TIME Vault: Hardening the Line 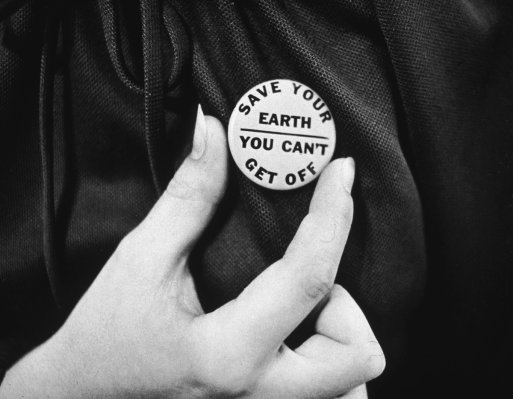 How Earth Day Began: With Somber Reflection, and a Few Dump-Ins
Next Up: Editor's Pick