But there’s a twist: EW can exclusively report that showrunner Steven S. DeKnight (Spartacus) is stepping down from the series. Instead, writers Doug Petrie (Buffy the Vampire Slayer) and Marco Ramirez (Sons of Anarchy)—who worked closely with DeKnight and creator Drew Goddard in the first season—will both serve as the showrunners for season two.

The next edition of Daredevil will debut in 2016 as Netflix gets ready to release several other Marvel dramas: A.K.A. Jessica Jones, Luke Cage and Iron Fist. After all four shows debut, Marvel plans to team all its Netflix heroes for an Avengers-style series called The Defenders.

Daredevil debuted last week and received some of the best reviews of any superhero TV series, with critics praising the show for bringing grown-up dramatics, a cinematic style, and more realistic violence to the small-screen genre. Its single-take hallway fight scene became an instant classic. A fair measure of the show’s creative success can doubtless be attributed to to DeKnight, who said he was trying to push Marvel’s comfort zone, and made many unique storytelling moves. (For instance: the show’s major villain, Wilson Fisk, was originally supposed to be introduced in the first episode, but DeKnight rather boldly pushed him back to the very end of the third hour to more effectively build suspense around the character.)

Clearly, the new showrunners will have to clear a high bar—but they both have strong past credits, and now have a great foundation to build on for season 2.

“While previous commitments unfortunately prevent me from continuing on with Daredevil into its second season, I could not be happier that Doug Petrie and Marco Ramirez are carrying the torch,” DeKnight said in a statement. “They were invaluable collaborators during our first season, and I for one can’t wait to see what they do with the show moving forward.”

Read next: Rosario Dawson on Being a Hero, Not a Love Interest, in Netflix’s Daredevil 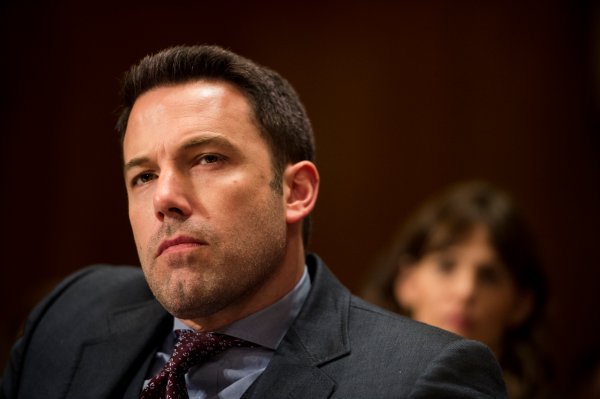 Affleck Sorry for Trying to Hide Slave-Owning Ancestors
Next Up: Editor's Pick