How Twitter Brought the Frozen Songwriters and John Green Together

Robert Lopez and Kristen Anderson-Lopez, the husband-and-wife songwriting team behind Frozen, attended the TIME 100 Gala last year as honorees, but they still felt a little out of place this year’s event.

“If you are at the Time 100 event and don’t know anyone, come find us in the corner and we will sing showtunes,” Anderson-Lopez tweeted early in the evening. “We are at the #time100 party awkwardly taking selfies in the corner,” her husband posted a few minutes later.

But after the two told TIME that a Twitter follower suggested they seek out The Fault in Our Stars author John Green, an introduction was quickly made—though it turned out this wasn’t the first time the three had met.

“I know what you guys did!” Green laughed after the couple told him who they were. “I talked to you last year but you don’t remember!” Green then introduced the pair to his wife, who, as the mother of small children, is extremely familiar with “Let It Go” and other songs from the movie. “You guys have changed her life, maybe not for the better,” Green said.

Lopez and Anderson-Lopez are still deep in the Frozen universe, writing additional songs for the Broadway musical adaptation of the Disney animated hit, but with last month’s news that a sequel was officially on its way, the two say they haven’t yet come up with a “Let It Go” follow-up—not that they’re sweating it.

“Definitely not!” Anderson-Lopez said. “We’re waiting till it comes [to us],” Lopez added. 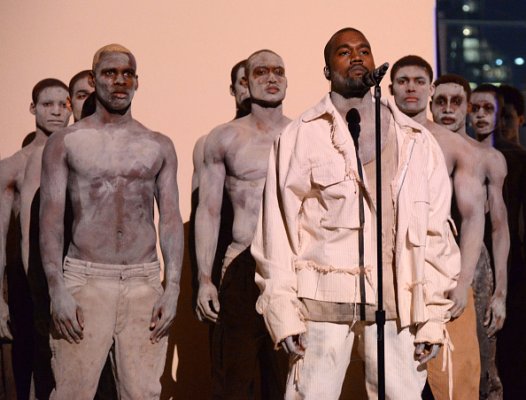 Watch Kanye West Shake Up the TIME 100 Gala
Next Up: Editor's Pick