Ashraf Ghani’s visit to India next week, his first since becoming President of Afghanistan last year, has been highly anticipated for the many potential bilateral strides forward. While initiatives like a transnational road corridor will definitely be on the agenda, Ghani is hoping the visit will yield something even closer to his heart — a home ground for the national cricket team.

The Afghanistan Cricket Board has apparently been assured by the President that he will try his hardest to convince New Delhi to allocate an arena for the Afghan side to host matches, a representative for the board told Indian newspaper The Hindu.

“It will really help our players if India were to reserve a home ground for us,” said team manager Basheer Stanekzai. “Our players are good; they need exposure and facilities like camps.”

The growing enthusiasm for cricket in Afghanistan mirrors that of South Asian countries like India, Pakistan and Bangladesh, buoyed by the team’s rapid rise within the past decade. Afghanistan won its first World Cup match against Scotland earlier this year (along with the hearts of the cricket world) after qualifying for the 2015 edition of the sport’s marquee one-day event.

But the threat of violence in the war-torn nation deters international teams from visiting, and the Afghanistan side currently plays its home games at Sharjah in the UAE. The Indian government is already funding the construction of a stadium in the traditional Taliban stronghold of Kandahar, but Ghani will also be hoping for an open invite from India for his countrymen — at least as far as cricketers are concerned. 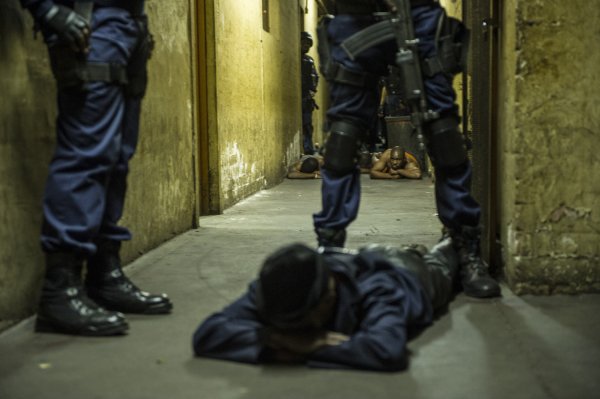 South Africa Deploys Army to Halt the Killings of Foreigners
Next Up: Editor's Pick