Mad Men creator Matthew Weiner met Serial producers Sarah Koenig and Julie Snyder at the TIME 100 gala Tuesday and told them that their hit true crime podcast has been an inspiration to him as a storyteller.

“Listening to Serial reminds me that you have to put yourself in the place of the audience, you have to be a detective.” Weiner said in conversation with Koenig and Snyder. “Sometimes the fact that you don’t know is the story.”

The creators of the AMC show and the hit podcast traded philosophies of building a narrative, and it turns out the two addictive series may have more in common than we thought. Snyder said the work that she and Koenig do has been influenced by the approach to character on Mad Men, noting that “the characters Matt writes are never archetypes.”

Koenig noted she admires the the contemplative tone of some parts of Mad Men: “Even though it’s TV and the characters are talking, there’s a quietness to it that I really like.”

And she added that Mad Men has a special place in her heart because of her family history in the advertising business. “My father was a real-life Mad Man– Julian Koenig. He ran one of the first upstart ad agencies on Madison Avenue,” Koenig says. 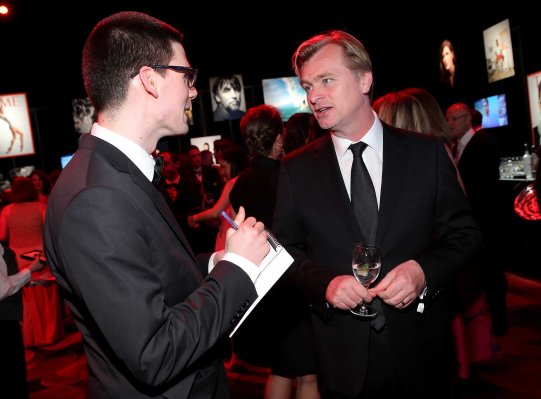