President Barack Obama speaks during a reception for supporters of H.R. 2, the Medicare Access and CHIP Reauthorization Act of 2015, in the Rose Garden of the White House on April 21, 2015 in Washington.
Mandel Ngan—AFP/Getty Images
By Noah Rayman

President Barack Obama won’t use the term “genocide” in remarks Friday marking the 100th anniversary of the killing of more than a million Armenians, officials said Tuesday, igniting disappointment from critics who say the President is catering too much to Turkey.

Activists had hoped that the President would realize a 2008 campaign pledge and use the term for the first time in office, particularly as other governments and world leaders, including Pope Francis, have referred to the massacres as “genocide” in recent days.

But in a meeting with Armenian American leaders on Tuesday, administration officials said Obama would not use the term. “President Obama’s surrender to Turkey represents a national disgrace. It is, very simply, a betrayal of truth, a betrayal of trust,” ANCA Chairman Ken Hachikian said in a statement Tuesday.

The Turkish government has consistently rejected the term—President Recep Tayyip Erdogan warned the Pope not to repeat the “mistake” of using it—and the White House has long been reluctant to risk relations with a key ally in a tumultuous region.

Taner Akcam, a history professor at Clark University who was one of the first Turkish academics to openly call the killings “genocide,” said it was “a shame” that Obama was set to again avoid the term.

“The United States is always emphasizing its exceptionalism in supporting liberal values and human rights at home and across the world,” Akcam said. “But Obama and the Americans should also recognize that one should uphold human rights not only when it’s convenient.” 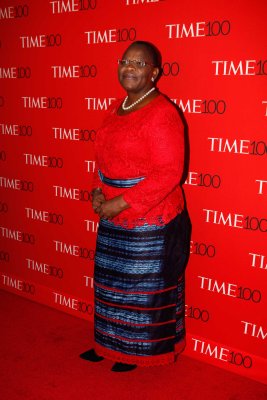 Activist Urges Obama to Do More for Missing Girls
Next Up: Editor's Pick