Billionaire industrialist David Koch praised Scott Walker for his extensive union reforms and his “good-hearted character” Tuesday night, reinforcing the notion that the Wisconsin governor might enjoy the support of the noted conservative donor for his potential 2016 presidential bid.

“I think he’s been a very successful governor, he’s reformed the union system in Wisconsin,” said Koch, who was attending the 2015 TIME 100 Gala in New York City. “He’s got a wonderful, good-hearted character that I admire immensely.”

While the 2015 TIME 100 honoree is adamant that he is not yet officially endorsing any candidate, he had earlier signaled his support for Walker at a donor event in Manhattan on Monday, according to a report from the New York Times. Koch and his brother Charles were honored in this year’s TIME 100 by another presidential hopeful, Senator Rand Paul.

Koch praised Walker’s approach to public school education, and said he admired the way he has negotiated the unions in Wisconsin. He also said he thinks Walker has as much foreign policy experience as Democratic hopeful Hillary Clinton, despite the fact that she served as Secretary of State. “He has as much knowledge about the Middle East as she does,” he said.

When asked whether he thinks Walker could beat Clinton, Koch seemed unconcerned. “I’m not sure what Hillary’s political tactics are,” he said. “She’s got at long way to go.” 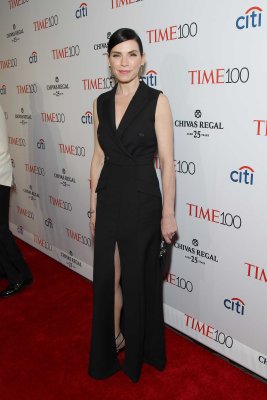 Here's What You'd Find if Julianna Margulies' Email Got Hacked
Next Up: Editor's Pick